Contributors to the Herbarium

The founding collection of Cyrus Pringle (pictured at left with his longtime assistant Filemon Lozano) remains the largest in our herbarium, but many other botanists have made significant contributions. 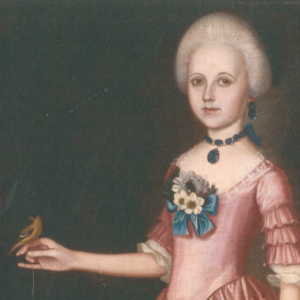 Beginning in 1814, Frances and her teenaged daughter Adelia collected perhaps the oldest extant specimens of the Vermont flora. The 200 sheets of wild and cultivated plants from around their home in Colchester are labeled with Latin and common names, as well as the coded meanings of flowers popular at that time (lily of the valley, for example, means that the heart withers in secret). The first flora of North America was published in London that same year, and the expensive book would not likely have reached the colonial frontier so quickly; how the Pennimans so accurately identified the wild plants they collected remains uncertain. The painting at left shows Frances at age 11 in 1771 (Fort Ticonderoga Museum, New York). She was married to Colonel Ethan Allen from 1784 until his death in 1789. 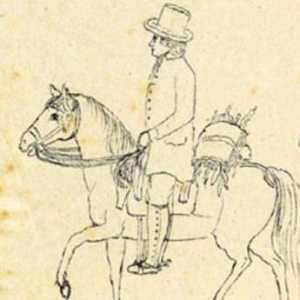 Sellow was one of the first European naturalists to explore Brazil. Our set of Sellow specimens, dating from around 1815, came from the herbarium at Berlin-Dahlem, with which Pringle maintained a rich exchange program. We have approximately 3,000 sheets collected by significant German botanists, most from the New World tropics. The destruction of the flowering-plant collection at Berlin-Dahlem during World War II makes these specimens especially precious. The drawing at left is the only known image of Sellow, drawn by Prince Maximilian zu Wied-Neuwied, an explorer-naturalist who led an expedition to Brazil with Sellow (Brazil Library of Robert Bosch, Stuttgart). Frost was a mycologist active around Brattleboro, Vermont, in the 1840s. He was an early and noteworthy scholar of eastern North American fungi, especially the boletes. His collection, held entirely by the Pringle, remains separate from the rest of our herbarium because of the unique way in which Frost stored his 2,000 specimens: in the small dry-goods boxes left over from his job as a shoemaker (pictured at left). 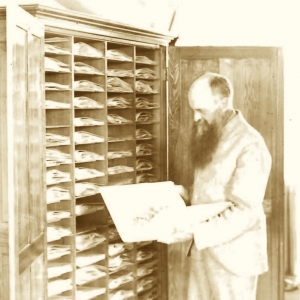 Pringle’s founding collection forms the cornerstone of our herbarium. A self-taught horticulturalist and plant breeder, Pringle began pressing scientific specimens of Vermont’s flora in the early 1870s. Soon, he was collecting plants, lichens, and fungi for such renowned botanists as Asa Gray of Harvard, Edward Tuckerman of Amherst, Charles James Sprague of the Boston Natural History Society, and New York State Botanist Charles Peck. Gray sparked Pringle’s interest in exchanging specimens with local and distant collectors, which became the chief activity of his later years.

In 1880, Pringle ceased collecting in the Northeast and embarked on three commissions in the West. Directed by Charles Sargent at the American Museum of Natural History, he obtained wood specimens for the comprehensive Jesup collection; Sargent also arranged for him to gather data on the region’s forests for the U.S. Census Department. Asa Gray charged Pringle with making general collections during his expeditions. Pringle went on to spend the next four years botanizing in the West, mainly in Arizona. (See Pringle's Arizona Botanical Catalogue, a searchable database.)

In 1885, Harvard hired him to catalogue the plants of Mexico. During a series of pioneering expeditions over the next 26 years, Pringle botanized in 21 of the 27 Mexican states. On his trips there and back, he always took different routes, enriching his collections as he passed through diverse terrain in both the U.S. and Mexico. He made other expeditions elsewhere in Central America as well.

In 1902, the University of Vermont gave Pringle an institutional home for his herbarium. He spent the last years of his life tirelessly trading specimens with herbaria around the world, such as the British Museum, Kew Gardens, Berlin-Dahlem, Edinburgh, Melbourne, Calcutta, and other French, Swiss, Austrian, and South African herbaria. At the time of his death in 1911, the Pringle Herbarium held 155,000 sheets, a combination of Pringle’s own collections and the rich diversity of materials he received in exchange. During his lifetime, Pringle collected and distributed some 500,000 sheets representing 20,000 species, including 29 genera new to science and 1,200 new species—more than almost any other collector.

For a more in-depth history, read this biography of Pringle written in 1936. You can also access Pringle's publications, 1869-1897, via a complete list assembled by Pringle scholar Kathryn Mauz, or browse scanned images of his daily journals, 1869-1909, through ScholarWorks (institutional log-in required). 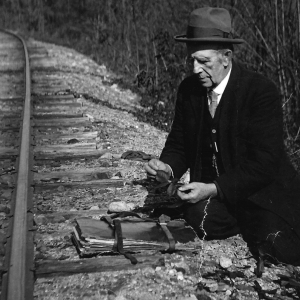 Brainerd, a past president of Middlebury College, was a plant systematist specializing in the difficult genera Crataegus, Viola, and Rubus. The vouchers for his research on these genera, along with a high-quality general collection from New England and New York, formed the basis for the Middlebury College Herbarium. In 1950, Middlebury College transferred 3,000 sheets, including all of Brainerd's collections and about 100 type specimens, to the Pringle Herbarium. 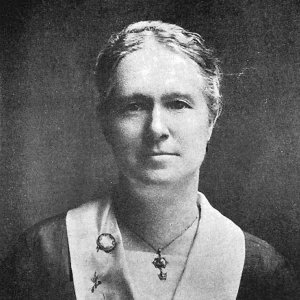 Flynn was a prominent Vermont botanist active in the early 1900s, author of Flora of Burlington and Vicinity: A List of the Fern and Seed Plants Growing Without Cultivation and an edition of Flora of Vermont. She collected not only the local flora but also specimens from Massachusetts, North and South Carolina, Virginia, Florida, Canada, Cuba, the Bahamas, Switzerland, England, France, Italy, and Morocco. Her collection from Nantucket Island serves as a baseline for stewardship and systematic work on the Sand Islands at the Wisconsin terminal moraine. In 1956, the Pringle Herbarium acquired the Nellie Flynn Herbarium holdings, numbering 22,700 specimens, from Goddard College as a permanent loan. 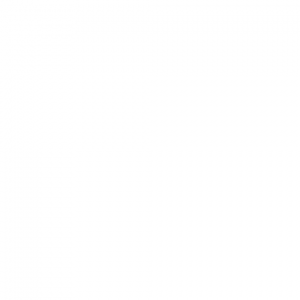 Seymour was curator from 1967 to 1973, after retiring from the ministry. He bolstered the Pringle's twin specialties in tropical American and Vermont flora with collections from across northern New England and Central America. In the course of his major revision of The Flora of Vermont (4th edition), he documented the distribution of most of the state's known species. Seymour was also instrumental in bringing the collection from its earlier disarray into a cohesive and integrated herbarium. As curator, he contributed close to 16,000 sheets. 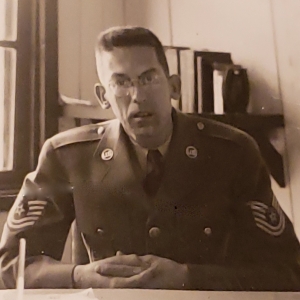 Charette served as assistant curator from the late 1950s until 1964. Entirely self-taught, he collected extensively in Japan while stationed there with the U.S. Air Force after World War II. Besides contributing 5,300 sheets to our collections, he also fostered an exchange program to acquire a diverse set of specimens from East Asia. Charette organized and made available for study most of the sheets in the Pringle Herbarium, and performed the same feat on the copious Pringle archives. 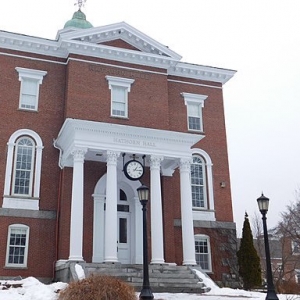 In 1981, the Pringle purchased the herbarium of Bates College (BCL), a collection of 20,000 sheets (Index Herbariorum shows an incorrect number). The Bates collection includes documentation of the flora of Maine as well as exchanges from the Gray Herbarium and the New York Botanical Gardens. It also has strong representation of the European flora. Dr. Countryman was a horticulturalist, botanical consultant, and lifelong collector. Specializing in peonies, he ran his business out of his home in Northfield, Vermont. His personal herbarium of about 15,000 sheets, with a regional focus on Vermont and northeast New York, was donated to the Pringle Herbarium by his wife, Anne, in 2006. The abundant duplicates in this collection allowed for many valuable exchanges. 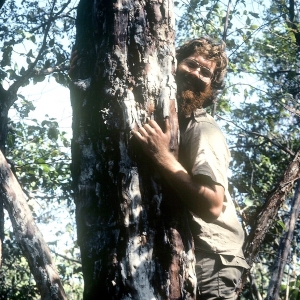 Dr. Zika earned his bachelor's degree in botany at UVM in 1983. During and after his undergraduate years, he substantially documented and improved our collections of the Vermont flora. He was the first person since Cyrus Pringle to certify the occurrence of many of the rare alpine species in Vermont. Working with Jerry Jenkins, he developed a checklist for the flora of Vermont based on modern circumscription of species. Our herbarium holds over 9,000 of Dr. Zika's specimens. He is currently a botanist with the University of Washington Herbarium. 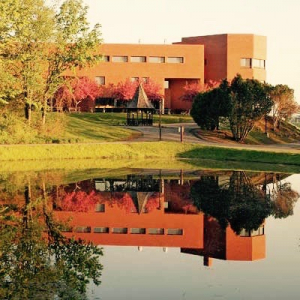 In 2013, the Pringle Herbarium acquired the 11,000 specimens held by Lyndon State College (now part of Northern Vermont University), primarily consisting of vascular plants of New England, ferns of Puerto Rico, and an extraordinary, worldwide collection of tree ferns. Historical specimens in the collection include former portions of Dartmouth's Jesup Herbarium. 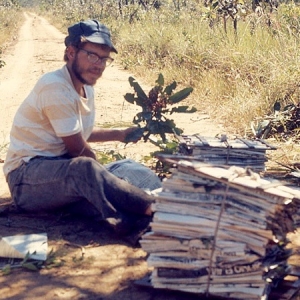 Dr. Hill is a retired botanist with the Illinois Natural History Survey, with research interests in the systematics of Malvaceae (the cotton family), the flora of Dominica and the Lesser Antilles, the floristics of the eastern U.S., and threatened and endangered vascular plants and natural communities. He served as curator of the University of Maryland (MARY) and Clemson University (CLEMS) herbaria. An extraordinarily active collector for his time, he has over 35,000 lifetime specimens.

In 2018, Dr. Hill donated his personal herbarium to the Pringle, creating extraordinary opportunities for research, education, and outreach. His collection comprises about 37,000 sheets from around the world, assembled over six decades. Especially remarkable is the high quality of the specimens: they are complete, representative of the plants, and mostly collected by Dr. Hill himself. In addition, he maintained an active program of specimen exchange with other collectors—thus enriching the herbarium with the collections of many other active botanists. About two thirds of the specimens are from eastern North America, the remainder from a rich sampling of the floras of western North America, South America, and the Caribbean. There is an especially valuable representation of the flora of Dominica, from Dr. Hill’s many trips to that island. Also prominent in the collection is the family Malvaceae, the primary subject of his research. To our great benefit, Dr. Hill endowed a fund for the perpetual support of the Steven R. Hill Herbarium as part of the Pringle Herbarium.