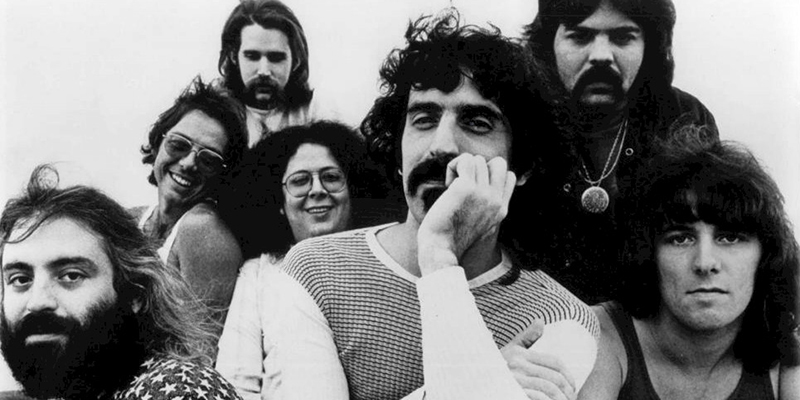 Frank Zappa and The Mothers of Invention in 1971. (Photo: Herb Cohen Management/public domain)

Move over SpringFest. ZappaFest is coming to the University of Vermont on April 19 and 20.

Highlighting the event, the UVM Jazz Ensemble will perform a program of music by Frank Zappa, the iconoclastic rocker of the 1960 and 70s, arranged for big band by the renowned New York-based arranger and alto saxophonist Ed Palermo, who will be on hand to perform with the student musicians. The program includes such Zappa classics as “Grand Wazoo,” “King Kong” and “Montana.”

Palermo wrote the arrangements for his own big band, which has performed and recorded them to wide critical acclaim.

The concert will take place on April 20 from 7:30 to 9 p.m. in the Grand Maple Ballroom in the UVM Davis Center. Tickets are required and available online, and are free for UVM students, faculty and staff with a UVM ID. General admission tickets are $15.00.

"This is a must-see event, not only for Zappa fans, but for anyone interested in music that is inventive, intellectually and artistically stimulating and a lot of fun,” said Alex Stewart, director of UVM’s Jazz Studies Program.

Palermo was recently listed as one of the top 40 “intriguing musicians to watch out for” by the Daily Beast. His recent album, “The Great Un-American Songbook,” was listed as one of the best albums of 2017 by Downbeat Magazine. His current release, “The Adventures of Zodd Zundgren-the Music of Frank Zappa and Todd Rundgren,” is garnering rave reviews.

Joining Palermo and the UVM Jazz Ensemble in the performance will be Napoleon Murphy Brock, who served as the lead singer and sax player in the Zappa band during the 1970s, notably on the albums “Apostrophe,” “Roxy & Elsewhere,” “One Size Fits All” and “Bongo Fury.” Brock won a Grammy for his performance of the song “Peaches en Regalia” with the band Zappa Plays Zappa. A master of on-stage theatrics, with a phenomenal vocal range that exceeds three octaves, Brock is equally at home singing opera, rock, jazz, and blues.

The concert promises to be a memorable musical experience, Stewart said.

“Zappa wove together rock, classical, jazz, gospel, and funk music in a unique way so that each of these musical strands, rather than disappearing into a homogenous blend, remains distinctly audible,” he said. “Palermo is a gifted arranger and orchestrator and takes full advantage of the big band’s expanded instrumentation to bring this music to life.”

Zappa’s politics give his music a contemporary sensibility, Stewart said. “Songs like ‘Trouble Comin’ Every Day’ seem just as politically relevant today as they were when they first appeared more than 50 years ago.”

ZappaFest will open with a Zappa symposium on April 19 from 3 to 4:30 p.m. in the UVM Recital Hall. The symposium will feature John Corcelli, author of Frank Zappa FAQ: All That’s Left to Know About the Father of Invention.

UVM Jazz Studies director Alex Stewart will interview Corcelli, who will draw on a font of Zappa knowledge that he gleaned over the years and synthesized in his book. Palermo and Brock will offer insights and audience participation is encouraged. 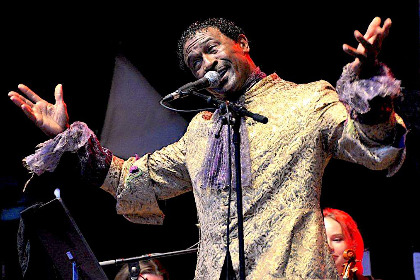 Napoleon Murphy Brock, lead singer and sax player in the Zappa band during the 1970s, will perform with the UVM Jazz Ensemble.