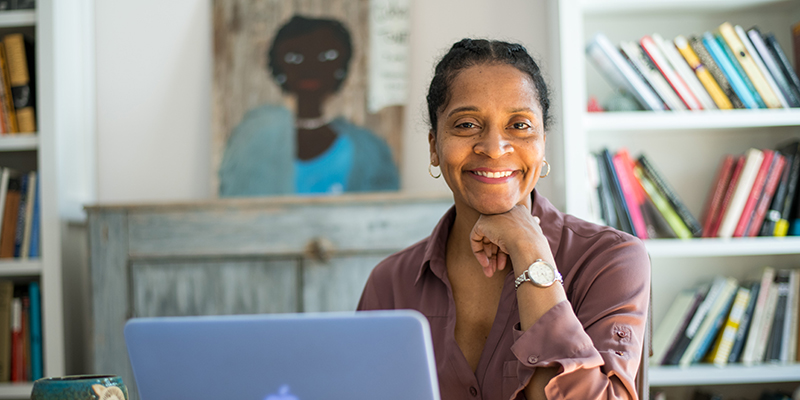 University of Vermont English professor Emily Bernard has won the prestigious Christopher Isherwood Prize for autobiographical prose in the Los Angeles Times 2020 Book Prizes competition for her 2019 book, “Black Is the Body.”

The panel of judges awarding her the prize said, “With deceptively simple and luminous prose, Emily Bernard invites us to inhabit her life as she poses perilous questions seemingly as simple as ‘when is a doll just a doll,’ and pushes ever deeper refusing easy solutions. This is a beautiful, important collection of essays.”

The Los Angeles Times announced that Bernard had won the Isherwood Prize this week. She will accept it in Los Angeles on April 17 with winners in other categories.

The Los Angeles Times award is just the latest accolade for “Black Is the Body.”  Maureen Corrigan, the book critic for NPR’s Fresh Air, named it one of her 10 favorite books of 2019. It’s also slide #1 in Kirkus Reviews' list of Best Books of 2019 to Fight Racism and Xenophobia. And notices in In Style, Publishers Weekly and Entertainment Today were among the many positive reviews the book has received.

Bernard is a professor of Critical Race and Ethnic Studies at UVM and was recently named the Julian Lindsay Green & Gold Professor of English.

See Emily Bernard read from “Black Is the Body” here.