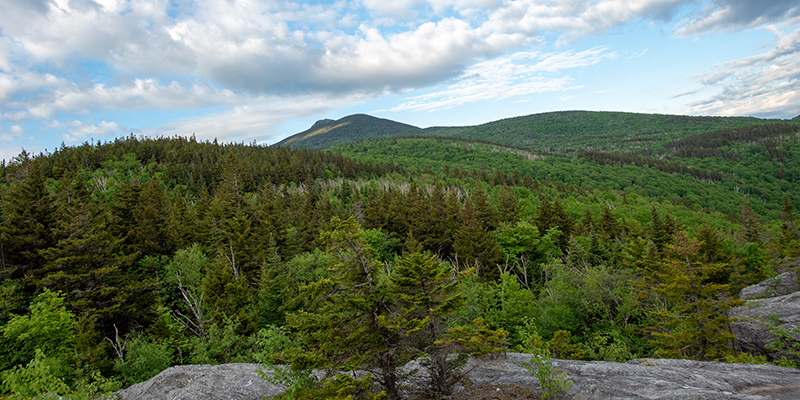 Senator Patrick Leahy (D-Vt.), Vice Chairman of the Senate Appropriations Committee, has announced new federal funding for research on the region’s forest ecosystem and economy. The Northeastern States Research Cooperative (NSRC), first created by Leahy in the 1998 Farm Bill, received $2 million in the fiscal year 2020 appropriations bill for research on the Northern Forest and its 26 million acres of working landscape.

"The forest-based economy has underpinned rural communities in Vermont and across the region for generations,” Senator Leahy said. “But securing its future requires sustained investments in ecosystem health, sustainable management, and innovative products. I’m proud to have authored the legislation to create this initiative and to have been able to secure funding to continue its critical research in 2020.  The future of our landscape depends on it.”

“We greatly appreciate Senator Leahy’s continued support, and applaud the vision which has made him such a powerful voice for the State of Vermont, and a strong advocate for higher education,” said Suresh Garimella, president of the University of Vermont, which plays a leading role in the NSRC. “UVM’s research and educational strengths are underscored by our land grant mission, and we remain committed to being of service to our state.”

Since its creation in the 1998 Farm Bill, the NSRC has supported cross-disciplinary, collaborative research among the U.S. Forest Service and universities across the Northern Forest states, Vermont, New Hampshire, Maine, and New York. Focusing on the ecological, economic, and cultural challenges facing the forest, NSRC has awarded more than 300 competitive research grants totaling more than $23 million.

The NSRC had not received federal funding since 2016, however, until Leahy secured $2 million for its reestablishment in the fiscal year 2020 negotiations. The revitalized program will seek input from business, industry, agency, and community leaders to define a research agenda that will support and improve the health of the Northern Forest environment and economy. The expectation is that new projects will begin by early 2021.