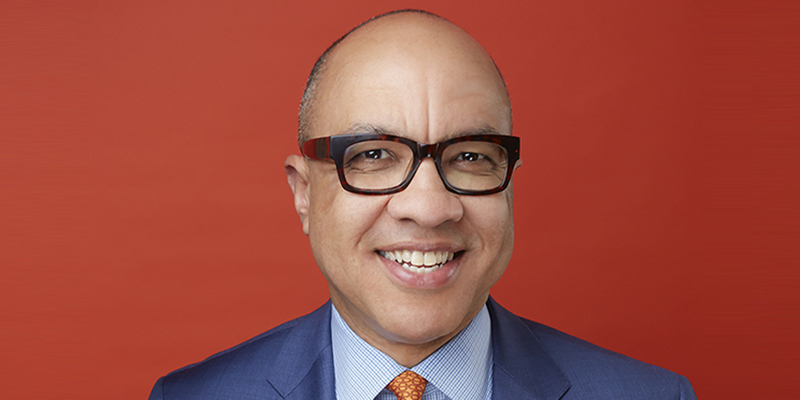 Darren Walker, president of the Ford Foundation, will be the University of Vermont’s 2019 commencement speaker.

Walker has served as president of the foundation, an internationally renowned philanthropic organization, since June 2013. Among many successes in his career, he chaired the philanthropy committee that brought a positive resolution to the city of Detroit’s historic bankruptcy and is co-founder and chair of the U.S. Impact Investing Alliance.

“I couldn’t be more pleased that Mr. Walker will be with us on Commencement Day 2019 to share his timely perspectives from his distinguished and storied career,” said UVM president Tom Sullivan. “His success in leading a large and complex organization that seeks to do good in the world and his experience in addressing a number of difficult societal challenges are inspiring achievements that will engage our 2019 graduates deeply as they embark on a new phase of life.”

Before joining Ford, Mr. Walker was a vice president at the Rockefeller Foundation, overseeing global and domestic programs, including the Rebuild New Orleans initiative after Hurricane Katrina. In the 1990s, as chief operating officer of the Abyssinian Development Corporation—Harlem’s largest community development organization—he oversaw a comprehensive revitalization strategy, including building over 1,000 units of affordable housing, the first major commercial development in Harlem since the 1960s.

Mr. Walker is a member of the American Academy of Arts and Sciences and the Council on Foreign Relations. He is the recipient of thirteen honorary degrees and university awards, including the W.E.B. Du Bois Medal from Harvard University. He serves on the boards of Carnegie Hall, the High Line and the Committee to Protect Journalists.

Educated in public schools, Mr. Walker was a member of the first class of Head Start in 1965 and graduated from the University of Texas at Austin, which in 2009 recognized him with its Distinguished Alumnus Award—its highest alumni honor. He later earned a degree in law from the University of Texas School of Law. He has been included on numerous annual media lists, including Time’s annual list of the 100 Most Influential People in the World, Rolling Stone’s 25 People Shaping the Future, Fast Company’s 50 Most Innovative People, and OUT Magazine’s Power 50.

Walker will deliver his address on Sunday, May 19. The ceremony will begin at 8:20 a.m. that day. Read a complete schedule of UVM’s commencement activities.