Meet Noma Anderson, the new Dean of the College of Nursing and Health Sciences at UVM 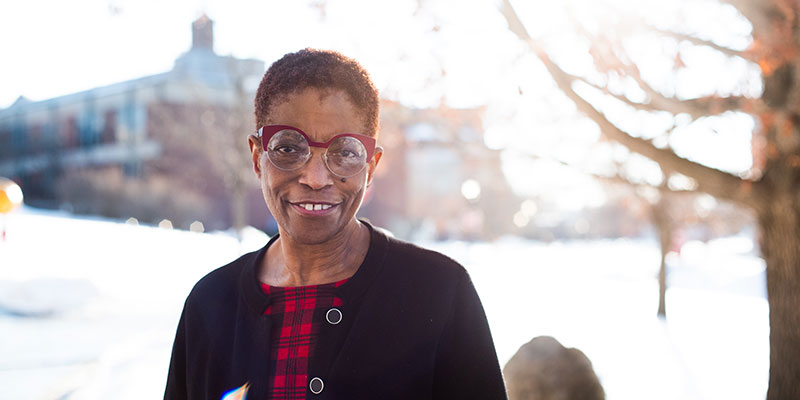 “The power of language is just amazing to me; how you can read a book or listen to a conversation and — even though you’ve not physically experienced it — through language, you are there.” On the surface, this is a mindset that might seem suited for a poet or a writer, but for Noma Anderson, the new dean of the College of Nursing and Health Sciences, it’s what drew her to a career in speech-language pathology. “Our wants, our needs, our thoughts are all expressed by language,” she says.

She joins the University of Vermont from University of Tennessee Health Center, where she served as dean prior to her appointment as special advisor to the president on diversity and inclusion. An expert in communication sciences and disorders and a leader in inclusive education and cultural and linguistic diversity, Anderson’s skill set is apt for tackling the unique challenges of the day. As she steps into her new role, the current global health crisis and subsequent movement for racial and social justice are at the forefront of her mind.

We caught up with Anderson to learn more about her what brings her to the University of Vermont and how she’s settling into her new home. Here are five things to know about Dean Anderson.

Bonus: Looking for a good read? Anderson recommends her two favorite books, both nonfiction works by Isabel Wilkerson, the first African-American woman to win a Pulitzer Prize in journalism for her feature writing in 1994. “The Warmth of Other Suns” and “Caste” explore America’s history of race and migration. “Remarkable books. Great, great, great,” Anderson says.