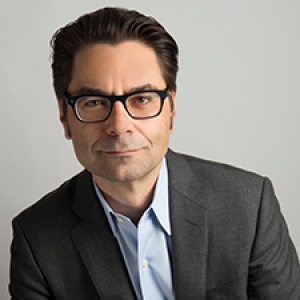 Elected to the Board by the self-perpetuating board in 2018. Term expires in March 2024. Educated at Middlebury College, BA, Physics, 1985; and UVM, MS, Computer Science and Electrical Engineering, 1989. Following software engineering roles at Vermont Microsystems and Autodesk, he joined Microsoft in 1993 where he led pioneering work in computer graphics for the Windows platform. Taking on increasingly senior leadership roles, he was one of the four original Xbox founders. During his 18 years at Microsoft, Otto also served as an early champion of mobile computing and paved the way for today’s touch-based devices. He moved to HBO in 2011 to lead the company's digital transformation, and spearheaded the development of the popular HBO GO video streaming platform. He joined CA Technologies in 2015 as its CTO to help other enterprises succeed in the digital era. There, he led new product development and the company's subscription business transformation. In 2019, Otto was named CEO of Acendre, a software company specializing in recruiting and talent management solutions. He is co-inventor on thirteen patents: a recipient of Microsoft’s Xbox Founder Award, an Emmy Award, and an Edward R. Murrow Award; and is the author of the book Digitally Remastered: Building Software into Your Business DNA. Otto previously served on the board of the Northwest School in Seattle and the advisory board for the Center of Excellence in Wireless and Information Technology at Stony Brook University. He is currently an advisor to Airtime and CoLabs and is a director at Acendre. Otto is married to Maggie and they have three adult children.