MAJ Jason Beams was commissioned through the Army ROTC Program at Western New England College.  From January to June 2006, he served as a Platoon Leader, 1-172 AR, Ramadi, Iraq.  He then served as an Engineer Platoon Leader, then the Brigade S-4 Officer, in the Special Troops Battalion, 86th IBCT (MTN), Bagram, Afghanistan from December, 2009 to November 2010.  From December, 2010 to July, 2013, MAJ Beams was the Commander of Company A, Special troops Battalion, 86th IBCT (MTN).  He was later the S-1 Officer in the 86th IBCT.  From February, 2014 to October, 2016, MAJ Beams was the Chief of the Training Division for the U.S. Army Mountain Warfare School in Camp Ethan Allen, Vermont.  Following this assignment, he was the Operations Officer for the 572nd brigade Engineer Battalion, 86th IBCT. In October, 2018, he became the Operations Officer for the 124th Regimental Training Institute, Camp Johnson, Vermont.  In 2020, MAJ Beams became the Vermont Army National Guard Liaison for the University of Vermont. 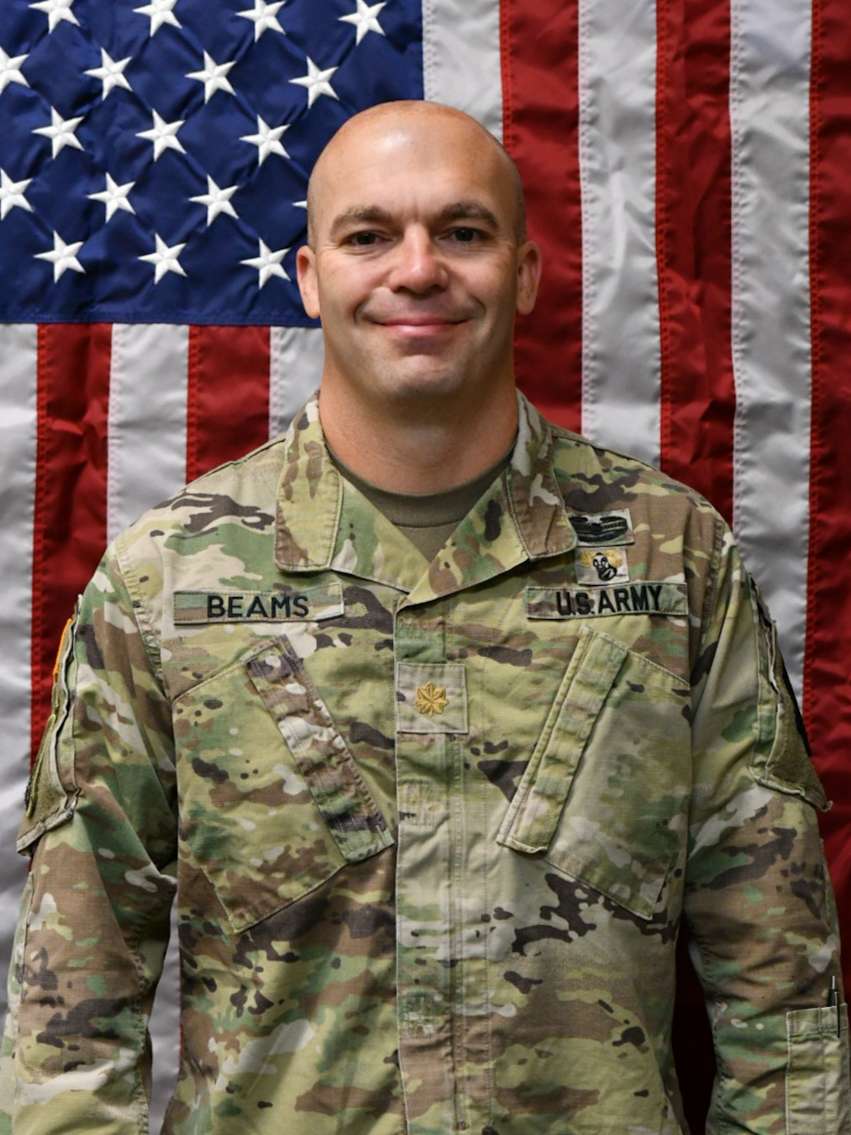