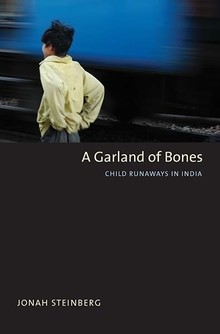 A Garland of Bones: Child Runaways in India. By Jonah Steinberg

If one looks closely enough in the cities of the United States, one can find children living on the streets. Often, these children are accompanied by parents and siblings and are the victims of poverty, unemployment, and eviction. But in cities like New Delhi, where the historical legacies of empire and exploitation continue to reverberate throughout daily life, the presence of street children is not only ubiquitous, it is purposeful. In many cases, it is something that the children choose for themselves. Faced with various problems and with aspirations for more promising futures, these children leave their village homes and families, venture to the city, and try to make a life for themselves amid incredibly precarious and often life-threatening environments. The central questions animating Jonah Steinberg's fascinating new book A Garland of Bones are: How are we to understand this? What can child runaways in India teach us about the way that “some of the most vulnerable, least powerful people in the world live history” and also make it on their own terms (p. vii)?

In his attempts to explain this phenomenon, Steinberg tacks back and forth between historical and ethnographically grounded perspectives. While he resists explanations that reduce this phenomenon to a singular or simple set of causes, he does demonstrate that the child runaways who take up residence in and near the New Delhi train station overwhelmingly come from districts that were most fiercely ravaged by the subjugations of empire. “Today's runaways,” he concludes, “are the heirs of yesterday's privations” (p. 99). Yet Steinberg also notes that the runaways he came to know through his ethnographic research were not “the poorest of the poor” (p. 36). Many of these children had families with some resources back at home. And this in turn becomes part of Steinberg's puzzle. If it is not simply the case that the most destitute children run away from home, then what is it?

In answering this question, Steinberg makes one of his most important theoretical contributions to our understanding of how people come to live history. He persuasively demonstrates how historical stressors “translate quite easily, if orthogonally, into domestic stressors” (p. 7). It is typically amid the turmoil of family life that these children, most of whom are boys, are subjected to abuse and painful slights and come to be plagued with feelings of loss, insecurity, shame, and even abandonment. In other words, while there are some children who run away hoping to find city streets paved with gold, or who are motivated by longstanding cultural “models” for taking one's fate into one's own hands (p. 24), most of these children leave because, at a tender age, the attachments that should securely bind them to their families and homes have already been experienced as broken.

This is one of the most intriguing findings of Steinberg's analysis, and it raises a number of further questions for readers to consider: How do forms of “structural violence” (a term Steinberg invokes from Paul Farmer) influence people's emotional lives? How might children in particular experience structural violence differently than adults? Does being positioned at an earlier stage in the life cycle make children more sensitive to broken or impaired relationships? In a place like India, where sons are typically prized and valued by parents as their “walking sticks” in old age, might the stings of familial abuse and rejection resonate in even more painful ways?

Indeed, while reading this book, I could not help but return to Nancy Scheper-Hughes's classic ethnography, Death without Weeping: The Violence of Everyday Life in Brazil. In her research on maternal responses to infant death in the favelas of Brazil, Scheper-Hughes found that when infants died, mothers did not weep. According to Scheper-Hughes, they displayed no visible or even repressed feelings of sadness.1 Having become habituated to a high rate of infant mortality, these mothers learned to delay and attenuate attachment until their babies exhibited clear signs that they would survive. Thus, in Scheper-Hughes's case study, structural violence resulted in mothers who were emotionally immune to the pain of loss and separation.

Positioned as they are at much earlier stages in the life cycle, children, by contrast, require attachment, love, and a feeling of safety and security in order to thrive in the world. As the pioneers of attachment theory, John Bowlby and Mary Ainsworth pointed out long ago that when children do not feel securely attached to their caregivers, they are much more likely to seek out substitutes for parental care or develop an “avoidant attachment style” and flee from relationships and dependencies on others.2 While there are anthropologists who argue that attachment theory needs to be “reconsidered” and view it as another problematic instance of the hegemony of “Western theory,” I am left wondering if such a perspective might be usefully applied to think through the rich and fascinating data Steinberg provides in his analysis.3 Might it contribute to a fuller understanding of why these child runaways leave home?

Steinberg has produced an unequivocally excellent study of child runaways in North India, and the larger questions his study points to are as interesting as the ones he initially sought to answer. In the tradition of Paul Farmer, Phillippe Bourgeois, João Biehl, and Nancy Scheper-Hughes, this book provides piercing and moving insights into what it means to live on the margins, and as suchGarland of Bonesis likely to find a home among some of the very best ethnographies of human suffering and misfortune. For those who want to get a graphic sense of how the world's most marginalized and vulnerable people live and make history, I highly recommend this book.

1Scheper-Hughes, Nancy,Death without Weeping: The Violence of Everyday Life in Brazil (Berkeley:University of California Press,1992)|Google Scholar. 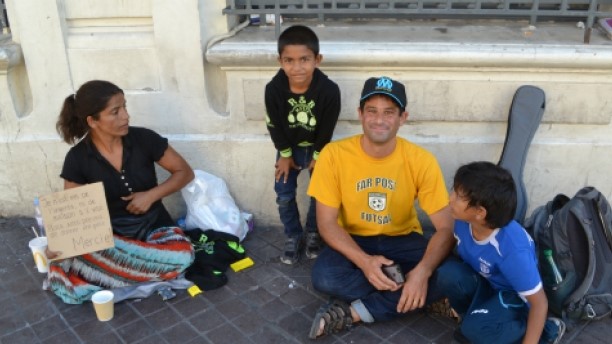