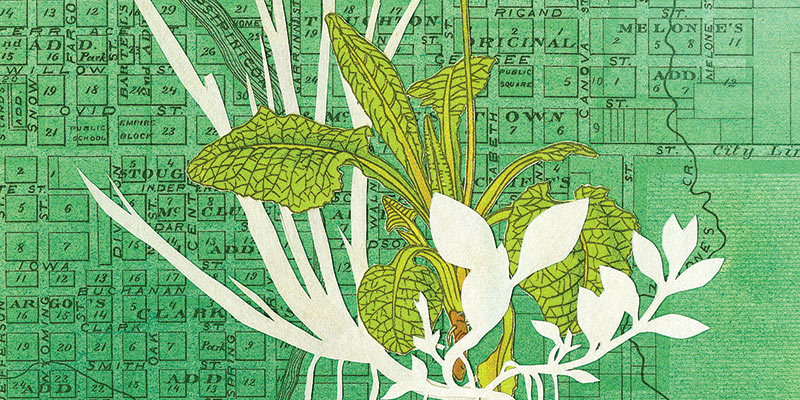 “How long?” “How long?” This question, which punctuated an extraordinary number of Henry Thoreau’s journal entries throughout the growing season every year as he sauntered about Concord’s fields and forests, was prompted by Thoreau’s perennial desire to live deeply into the unfolding biological activity about him. How long since a plant he encountered had flowered, fruited, or leafed out?  He wished to be a silent witness at the birth of every natural phenomenon in the local landscape, and in his brief life, went a long way to meeting such a desire. But his question carried an existential ache as well, a prophetic plea that rings far beyond Concord, into our own time and place. How long before America becomes naturalized, becomes, like the plants and animals whose life histories he tracked, symbiotically imbedded within its physical surround? How long until the democratic ideals of the founding fathers are truly realized, protected, defended, and extended? How long before America discovers its true destiny?

At the very historical moment when America seemed to be gaining its full independence from Europe, to realize what many felt to be its “Manifest Destiny,” Thoreau’s cranky voice kept insisting that America had an altogether different destiny. Seeing his country’s task as one of redeeming its dark colonial past by forging a new relationship with Nature and History, he called attention to this task by way of his own personal lifelong pilgrimage. His daily meanderings within a tightly circumscribed corner of a rapidly expanding nation made him as acute an observer of civil society as he was of the local society of pickerel, turtles, and field mice. Thoreau’s entire biography can be conceived of as an exquisite attempt to “go native,” to meet the “expectations of the land,” both as to how Americans would live in relationship to the land, and to each other. His life and words have become a measure against which America rests uncomfortably. The perennial challenge for America has been to balance the rights and desires of the individual with those of the wider community. At a time of rampant—and at times, misconceived—social reform, Thoreau and his fellow Transcendentalists championed the principle of self-transformation as a necessary precursor to any social transformation. More than any other American of the antebellum era or since, Thoreau cultivated a rhythmic and rigorous practice of solitude as complement to easy sociality.

“How long?” was also a question that Thoreau asked in his capacity as surveyor. Thoreau took stock of the boundaries of his neighbors not only when hired to do so because of legal disputes, but more often when he was not asked, continually measuring the limits within which his contemporaries lived their lives, and provoking them to jump out of bounds with him. Statesmen, scholars, farmers, laborers, clergy, merchants—indeed, all of his neighbors—fell within his philosophical compass. How long would it be until these fellow citizens might take their own honest measure of themselves, that they might meet the expectations of the land? To ground his inner impulse toward naturalization, Thoreau constantly pulled out his notched walking stick or some improvised device, to measure the height of the spire of the Notre Dame cathedral in Montreal, the width and length of a moose hide in Maine, or in his native Concord, the Canada lynx skin and the depths of Walden Pond. This unflagging appetite for everyday detail is the very method that allowed him to help answer the existential question regarding America’s destiny. Immersed in an era of “truthiness” and “fake news,” we would do well to follow Thoreau’s example of faithful empiricism.

Contemporary historical explanation, which, like modern ecological science, favors contingency over certainty, allows little room for the expectancy of “destined” events. Rarely does one hear the word “destiny” these days, whether in academic circles or in popular parlance. One is more likely in America to speak of “karma,” though mostly in a flippant, dismissive manner that again collapses cosmic fatedness into facile accident. When Thoreau spoke of the “stars,” he was not surrendering to determinism, but fighting his way toward a view of the future that let freedom ring, within the admitted constraints of certain undeniable natural laws. Surrounded by a millennialist culture that saw doomsday or divine deliverance around the corner, he did not go up on his roof to await the Rapture. He championed the sovereignty of the individual, while fully expecting the individual’s progressive divinization. He believed in America as a yet-to-be-fulfilled promise to all humanity, not just an entitled few.

The heroic life called for in Walden was above all a life of courage, not for its author’s having walked off a mile from the village to live in a cabin of his own construction for two years, but for its unshakeable confidence in the human imagination. If men were to escape from leading “lives of quiet desperation,” they had to make those lives perpetually meaningful. The men and women born generation after generation had but one transcendent task—to seek out and make sense of Nature’s order, however inscrutable it might appear. Human beings—both their individual biographies and the “second nature,” i.e., culture they created—were not exempt from this task, but an integral part of it. The book that Henry Thoreau gave to America and to the world was a true book, prophetic not because its author was clairvoyant, but because he lived eternal verities, ones that the world might have lost sight of during his lifetime and ours, but which it must regain.

As a young man, Henry Thoreau dreamed chivalric dreams, inspired by his reading in chapbooks, poetry, and myth. Though in adulthood he dismounted, adopting the manner of the foot-bound soldier, he continued to dream chivalric dreams for both himself and his country. Without ever identifying the high tableland of his dreams along any doctrinal lines, Thoreau aspired to a personal and national mythology of grand proportions. If he could not see to which chivalric stream he belonged, which pennant he walked under, perhaps we can, and in so doing, recover the sort of enlarged view of life which was his particular talent. No doubt Thoreau, the indefatigable measurer of trees and truth, would ask—200 years after his birth—that our measurement of his life hew to the facts, but that we then read those facts with an enlarged sense of meaning.

Before Henry Thoreau took his string and plumb bob out onto the Walden Pond ice, his townsmen almost to a person spoke of the pond as bottomless. With simple instruments, working from facts to law, Thoreau put his foot through illusion and hearsay to touch bottom. Let us do the same. Let us take facts—which admittedly have grown exceedingly hazy to us earthbound denizens—and strive toward law. There are great cosmic rhythms, perennial, eternal rhythms undulating around and through us which we hear not. “How long?” this great American spirit asked. Why not now?

Kevin Dann is the author of Expect Great Things: The Life and Search of Henry David Thoreau, published this summer by TarcherPerigee on the bicentennial of Thoreau’s birth.

Billy Renkl is the author/artist of Field Notebook: a response to the journals of Henry David Thoreau, 2014.