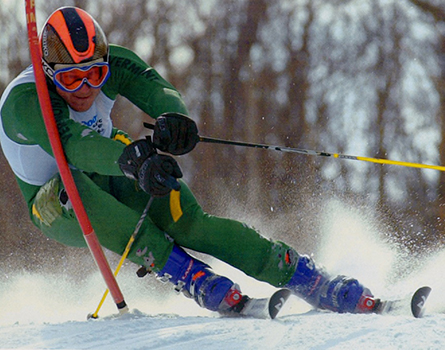 All five individuals will be formally inducted at the 46th annual UVM Athletic Hall of Fame Dinner at the Davis Center on Saturday, September 13. Tickets to the dinner can be purchased by contacting the Victory Club at Victory.Club@uvm.edu or 802-656-0956. Tickets are $50 each.

ATHLETIC HALL OF FAME CLASS OF 2014 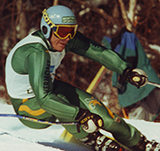 Knittle was a three-time All-American skier for the Catamounts and was crowned the 2000 NCAA Champion in the giant slalom. He battled back from a series of injuries throughout his career and earned his third All-America certificate in the final race of his career in 2004. Knittle recorded 28 top-10 finishes in his career, including 10 during his final season, and was the 2001 EISA champion in the slalom. He entered the 2004 NCAA Championship as the East's top seed in the giant slalom and the seventh seed in the slalom. Knittle competed in the 2001 World University Games for the U.S. and also skied in the 2001 U.S. Ski Team Gold Cup. He was elected as a team captain twice and was honored with the 2004 J. Edward Donnelly Award as the most outstanding senior male student-athlete. 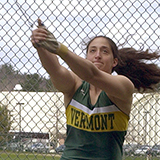 At the time of her graduation, Kostiew was the most decorated women's track & field performer in America East history. She won 14 America East individual titles in her career and became the first America East athlete to win four straight 20-pound weight throw indoor titles. Kostiew was named the America East Most Outstanding Field Performer four times, winning the honor in three consecutive outdoor seasons (2002-04) and in the 2004 indoor season. As a senior in 2004, she qualified for the NCAA Regionals in three different events. She also qualified for the 2003 NCAA Regional in the hammer throw and finished fifth overall in the event at the 2008 U.S. Track & Field Olympic Team Trials. Kostiew was a 12-time All-New England performer and still owns two indoor school records and two outdoor school records. 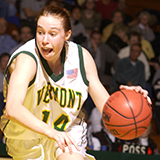 Yantzi was a three-time America East All-Conference selection, including a First Team honor as a senior. She finished her illustrious career with 1,592 points, fifth at the time and currently seventh in program history. Yantzi also ranks second in program history with a 56.7 field goal percentage and holds four of the top-10 single-season field goal percentage marks. She connected on 80.7 percent of her free throws (currently third all-time) and graduated as the sixth-best rebounder at UVM with 715 boards (currently seventh all-time). Yantzi is one of three UVM players to average double-figure rebounds in a single season, and one of only five players with at least 1,000 career points and over 700 rebounds. She helped guide Vermont to the 2002 America East Regular Season Title and a berth in the Women's National Invitational Tournament Quarterfinals as a sophomore. 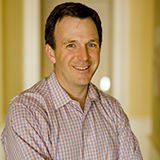 Cioffi will be inducted as a special nominee after his years of support to UVM Athletics. He has been a member of the UVM Board of Trustees since 2002 and has served as the Chair since 2009. Cioffi has been the principal advocate within the Board of Trustees for new athletic facilities. He was the first member of the Victory Club and has been a significant donor to the athletic program and the University. Cioffi provided funds for several projects including the purchase of equipment for the Athletic Performance Center, men's and women's basketball enhancement projects, and organization of the Pep Band. He has also hosted numerous athletic event receptions for alumni and teams at away games. Cioffi served as a UVM Student Trustee from 1988-90, and he was the recipient of the 1990 Kidder Medal and the 1996 Young Alumni Award.