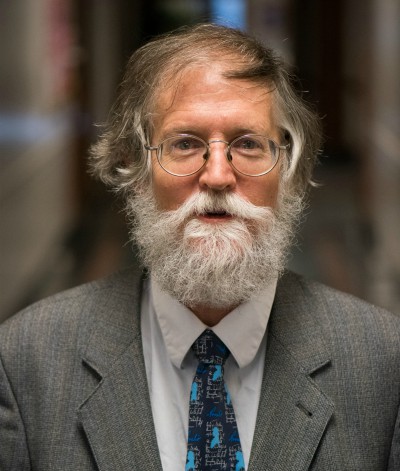 Dennis Mahoney, Professor of German emeritus, has continued his work with the International Novalis Society, for which he serves as president as well as co-editor of Blütenstaub: Jahrbuch für Frühromantik; its most recent volume contains his article entitled "’Dämmrung will die Flügel spreiten’: Die Funktion von Tageszeiten, Licht und Farbe in Joseph von Eichendorffs Ahnung und Gegenwart (a German Romantic novel that Mahoney and his wife translated into English in 2015 for the 200th anniversary of the novel's publication).

Later this spring, after presiding over the yearly meeting of the International Novalis Society at the birthplace of the poet in Oberwiederstedt, Germany, he will speak about "'Ahnungen' von Goethes 'Gegenwart' beim jungen Eichendorff" at Goethe´s birthplace in Frankfurt.

On May 2 he will visit the University of Augsburg and give an invited lecture on Motherland, the 2014 novel by UVM faculty member Maria Hummel about the closing months of the Third Reich, whose title comes from a poem by the German exile writer Rosa Ausländer.