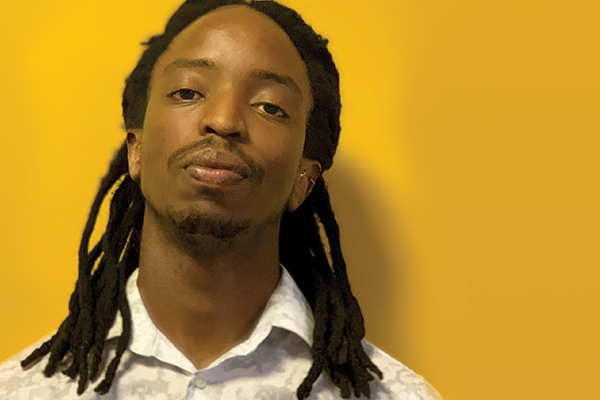 Mwai is from Nairobi, Kenya, and is an Exercise and Movement Sciences major, with minors in Coaching and Psychological sciences in the College of Nursing and Health Sciences.

He is president of the Boulder Society, an honor society that recognizes senior men who have demonstrated outstanding leadership, scholarship, and service to the University and surrounding community. It is the oldest honor society of its kind in the United States. Members are leaders of UVM clubs and organizations and nominated by faculty, coaches and staff for their outstanding academic achievement, campus involvement and distinct leadership abilities.

Mwai is also a member of the Black Student Union and co-founded a mentorship program that allows first-year students to become a part of the e-board during their second semester at UVM to encourage more black students to get into campus leadership early in their UVM careers. He was also the first international student to be elected president of the BSU. Mwai has advocated for black students and international students in every part of the campus and has strived to leave a framework for success where one didn’t exist before so that other students will be able to build on this framework.

On campus, he works at the Dudley H. Davis Center as a building manager and information desk team Lead, supervising a team of 20.

Mwai is an avid soccer player and started all four years for the UVM men’s club soccer team. He was team captain when UVM qualified for the national tournament for the first time in the club’s history. Mwai also umpires field hockey in the greater Burlington community. He plans to attend graduate school and pursue an exercise science career in the U.S.