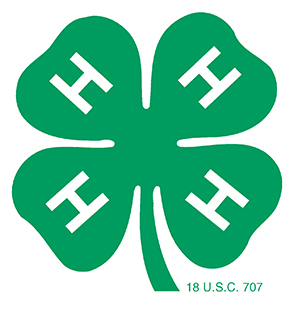 The team members received medallions, rosettes and first-place ribbons for winning the competition, which was presented  by the National 4-H Shooting Sports Committee in association with Auburn University, University of Arkansas and Oregon State University. It was organized as a virtual event over the course of several days in late June.

A total of 266 participants from 27 states took part, including 146 juniors (8-13) and 120 seniors (14-19). The 4-H'ers competed as individuals with several of the participants also competing on three- or four-member teams. Team placements were determined by combining the top three raw individual scores per team.

Members of the winning Junior team were Misha Chirkov and Uma Chirkova, both from Newbury, and Aiden Cushman, Barre. All three belong to the Upper Valley Bullseyes 4-H Club in Bradford. Misha and Uma also are members of the Caledonia 4-H Sharp Shooters in St. Johnsbury.

Two other Vermont 4-H'ers competed individually in the Junior Division. Julian Roberson of Chester and the Green Mountain 4-H Club in Springfield, was seventeenth overall high individual in the Northeast region. Milton 4-H'er Hannah Smiley, a member of the Flying Hooves 4-H Club in Colchester, placed tenth in the regional division.

The quiz bowl covered a range of topics including archery, hunting skills, muzzle loading, pistol, rifle, shotgun and western heritage along with general knowledge of 4-H and the 4-H shooting sports program. Points were awarded based on correct answers, the time taken to answer questions and correct answer streaks.