Gus Speth is Co-Chair of the Next System Project at the Democracy Collaborative, and a Fellow of the Vermont Law School, where he was Professor of Law from 2010-2015. He is also Fellow of the Tellus Institute.

In 2009, Speth completed his decade-long tenure as Dean, Yale School of Forestry and Environmental Studies. From 1993 to 1999, Speth was Administrator of the United Nations Development Programme and chair of the UN Development Group. Prior to his service at the UN, he was founder and president of the World Resources Institute; professor of law Georgetown University; chairman of the U.S. Council on Environmental Quality (Carter Administration); and senior attorney and cofounder, Natural Resources Defense Council.

Among Speth's awards are the National Wildlife Federation’s Resources Defense Award, the Natural Resources Council of America’s Barbara Swain Award of Honor, a 1997 Special Recognition Award from the Society for International Development, Lifetime Achievement Awards from the Environmental Law Institute and the League of Conservation Voters, the Blue Planet Prize, the Thomas Berry Great Work Award of the Environmental Consortium of Colleges and Universities, and the Thomas Berry Award of the Forum on Religion and Ecology.

Gus Speth is the author, co-author or editor of seven books including the American Crisis series published by Yale University Press: Red Sky at Morning: America and the Crisis of the Global Environment (2004), The Bridge at the Edge of the World: Capitalism, the Environment, and Crossing from Crisis to Sustainability (2008), and America the Possible: Manifesto for a New Economy (2012). In 2014 he published a memoir, Angels by the River (Chelsea Green Publishing, 2014). 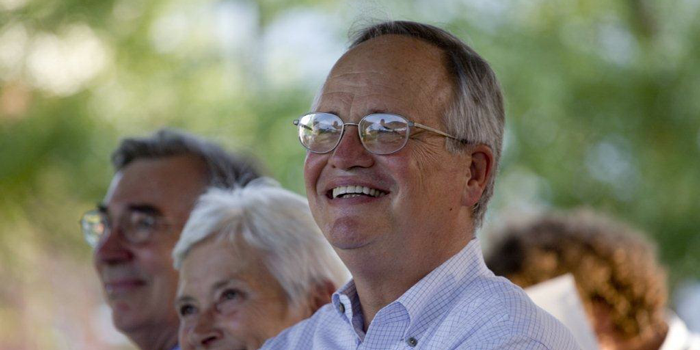