In the Fall of 2022, the Fleming Museum of Art presents three special exhibitions:

The prints of Rockwell Kent from the Ralf C. Nemec Collection 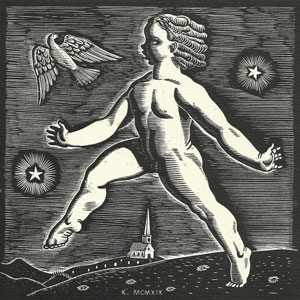 Rockwell Kent (1882-1971) was an author, illustrator, painter, printmaker, and ceramicist. He fascinated viewers with portrayals of some of the earth’s remotest places. Later in his career he became renowned for his block print book illustrations, including The Complete Works of William Shakespeare and Moby Dick, This new exhibition features 50 prints drawn from the Collection of Ralf C. Nemec, the largest assemblage of Rockwell Kent prints in the world.

Kent studied architecture at Columbia University, painted under William Merritt Chase at Shinnecock Hills School, and studied painting with Robert Henri at the New York School of Art with classmates that included George Bellows and Edward Hopper. Encouraged by his teacher to see Maine, he visited Monhegan Island in 1905 and built a home and studio there that he used year-round (through 1910). His numerous jobs as architectural draftsman, illustrator, lobsterman, ship’s carpenter, longshoreman and lighthouse keeper fed his vision.

Kent traveled extensively to Greenland, Tierra del Fuego, Newfoundland, Alaska, and other remote locations, His adventures captured the American imagination and his work transported viewers to the rugged extremes of wilderness. His distinctive style emerged in the early 1900s and seemed inspired by the grand landscapes of the cold, bleak climes he found among the faraway mountains to which he traveled. In the mid-twenties Kent became enamored with woodcutting and lithography and began illustrating classic literature.

While not on his extensive travels, Kent lived mainly in New England, including for six years (1919-1925) at a hillside farm in Arlington,Vermont he named Egypt before moving to his Asgaard Farm in Jay, New York.

The exhibition which was organized by Landau Traveling Exhibitions of Los Angeles, CA, premiered at Hyde Collection, Glens Falls, NY, in 2018 and will tour museums through 2023 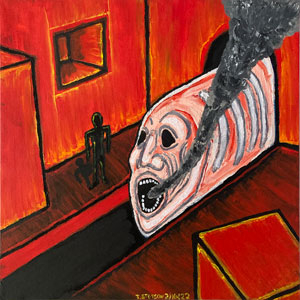 This fall, in a unique, debut collaboration between the Howard Center Arts Collective and the Fleming Museum, Arts Collective artists will create and show work inspired by a piece from the museum collections. Each of the 16 exhibiting members used the museum’s online collections database to identify artwork of personal interest, from which they drew upon to create something new.

In April 2022, Fleming Museum staff retrieved the selected pieces from museum storage and invited Howard Center Arts Collective members to view the artworks in person. Each artist spent time with their selection and was able to sketch, photograph, and view the piece from all angles. Collective members also engaged in dialogue with museum staff and each other about the piece they chose. One artist chose an early hand-drawn map of the state of Vermont. Another selected a black and white ink wash of doctors huddled around a small child on a gurney.

Each artist had their own process and reasons for selecting their chosen artwork from the Fleming’s 20,000+ piece collection. And over the next months, each artist will create their own original works of art in response to those selections. Some artists may choose to emulate the piece they chose using a different medium, style, or color palette. Others may take their piece in a completely different direction, drawing on their Fleming selection only loosely for inspiration.

Finally, the artwork created by the 16 Arts Collective artists will go on exhibition in the museum’s Storytelling Salon starting September 6, 2022. Some of the new works of art will hang side by side with the original archival pieces that inspired them, along with a 4-minute video documentary of the unique, collaborative process that brought this show to light.

Dark Goddess: An Exploration of the Sacred Feminine / Object De-fied 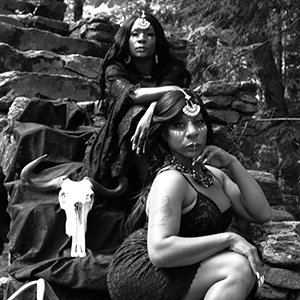 Dark Goddess is a mix of ethnography, cultural anthropology, an exploration of the sacred feminine, and a co-creation with each of the individuals featured. Shanta Lee writes that beginning to share the work through exhibition has helped her to sharpen her sense of the purpose of exhibitions in general. “Bringing Dark Goddess to others has been an ongoing inquiry and invitation outside of my comfort zone,” she shared.

Dark Goddess inspires us to reconsider what has been meant by “the male gaze,” a term coined in 1975 by Laura Mulvey and an insight shared in the book Ways of Seeing by John Berger. Does Dark Goddess challenge the underlying idea that all of the ways that we see are inherently male?

“While amazing breakthroughs at the time, I think that these theories are binary and within our current context, we must think of the ways that the camera and the ways that those who have previously not been seen can engage with this technology in ways to cause powerful shifts.  As it relates to my work, I hope that it inspires more inquiry, questions about the other selves that are several layers beneath the surface of a society that categorizes and boxes,” writes the artist.

In addition to the photo-series, Shanta Lee’s Dark Goddess will enter into a conversation with the Fleming Museum’s collection and archives in ways that explore the continuum of the sacred feminine through time. This extension of the exhibition, called Dark Goddess: Object De-fied is installed in the corrdior of the European/American Gallery and features a diverse selection of art and objects from the Museum's permanent collection reinterpreted through the Dark Goddess lens