I am entering politics as the Data Manager of U.S Senator Angus King's (Independent of Maine) re-election campaign. I run and repair the tech systems that my team of campaigners needs as they reach out to Maine voters. Senator King (who is an Independent) is running to stay in the Senate as an important voice for common-sense leadership, bipartisan civility, and great environmental policy.

Data work isn't where I imagined I would be after graduating with an ENVS degree in May of 2018. I realized quickly, though, that any solution to 21st-century environmental issues will involve 21st-century data systems. Campaigning for a great cause gives a great education. After the election, I'm planning to get more involved in the policy world of climate change mitigation and adaptation.

I chose to join the Environmental Program because of its honest discussion of big, global challenges and its commitment to big solutions. With a focus on policy, economics, and education, I made my way through spread-out classes - law to urban design to modern feminism - learning as much as I could about every force that is playing into our global crises. More than any other major, ENVS had the resources and the advisors that I needed to help me find my next steps. I realized early that the best thing an ENVS student can do is speak with an advisor regularly, whether or not they think they need it. Kevin and Ibit always seemed to know a point on the map that I had missed.

Good undergrad advising helped me to find great academic niches. I went to Germany's Black Forest to study human ecology, wrote gigantic essays for Headwaters Magazine (with the help of their terrific editors), and learned of fantastically different ways to understand our environment from great professors like Tatiana Abatemarco, Josh Farley, Jody Prescott, and Josh Brown, among many others. By far, I learned the most from teaching: I TA'd with four courses and pushed my limits of knowledge and expression with the help of my students.

Honestly, my most significant challenge came between classes. I lived in the Slade Co-op, UVM's oldest and greatest sustainable living group, during an emergency. Because of university policy changes, we needed to move the co-op off campus after forty-five years in campus buildings. That's hard to do, especially when every member of the co-op was a full-time student. The soul-searching, logistics, teambuilding, and problem-solving of practicing sustainable principles in a crisis gave me some of the best friends I'll ever have. Slade's re-rooting also taught me the critical lesson of environmentalism: change is hard.

If I have any big, valuable takeaway from four whole months of hindsight, it's this: in ENVS, and with the help of exceptional students and teachers, I learned to be competent in many fields and excellent in a few of them. Campaign data management (what I do now) draws on some of those competencies in technology, organization, and flexibility, but those skills first developed because I was going after insanely different projects.

I designed websites, incorporated the Slade Co-op, ran negotiations, wrote feature articles, and taught students. Taken together, the lessons I learned to make those projects worthwhile set me up to take on another unfamiliar role, which I hope will open a wider path to facing the Grand Challenges of environmentalism.

Environmentalism, if you don't mind me musing as I wrap up, doesn't have a habitat like other fields. A doctor has to work in or near a hospital and a programmer needs a computer. Uniquely, an environmentalist can find a problem to solve pretty much anywhere. But, we are only useful if we have the right skills to help people. For the students reading this, looking for a direction to take: choose two directions. Find two different causes in Burlington that you care about (you have to care about them; you won't give your best if you're not passionate) and try to make a significant difference for both missions. Be ambitious. I do not know the right challenges for you, but your advisor may. Although, Slade always needs organizers.

If you commit locally now and make a difference before you graduate, you can not only say, "I have a degree," as you leave school, but, "I solved a problem, and I can solve the next one." If you have any interest in campaigning, politics, or policy, please contact me. I am still learning, too, but I may be able to answer a few of your questions. 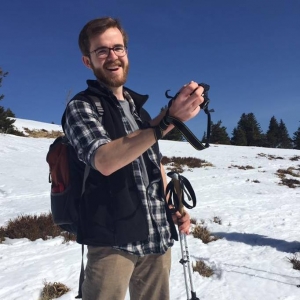