Gillian arrived in the US as a teenager, having emigrated with her family from Dublin, Ireland.  She attended high school in Massachusetts, and then went on to earn dual degrees in Anthropology and Religion at Wheaton College in Norton, MA where she graduated Magna Cum Laude.  As part of her undergraduate college experience, she spent a summer working in Istanbul, Turkey, which cemented her love of travel.  After graduation, Gillian spent several years working for her alma mater before she moved to the Czech Republic to teach English.  After two years teaching and traveling, she returned to the US to work for EMC Incorporated - a software firm now owned by Dell Computers.  As an international contract manager for EMC, Gillian spent several years traveling across Europe and Asia, rolling out new technology and training for EMC.

In 2002, Gillian moved to Burlington, VT.  She spent 8 years working in a variety of capacities at a small liberal arts college.  During this time, she completed her master’s degree in History and Culture at the Union Institute and University in Ohio.  Gillian began her employment at UVM in 2012 as a student services staff member in the College of Education and Social Services. She feels great pride in supporting future teachers, social workers, and human services personnel.

Gillian is married with two children, and the family includes a cat and a dog.  She is currently completing her doctorate in Educational Leadership and Policy Studies at UVM. 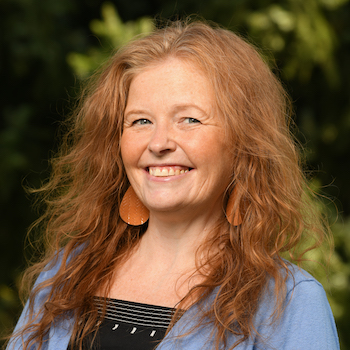