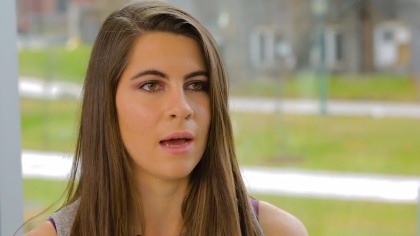 Lara Weed is not one to sit still. Now that the UVM senior has completed two back-to-back co-op internships as a Technical Assistant in Bioengineering Systems and Technology at Massachusetts Institute of Technology’s (M.I.T.) Lincoln Laboratory, she’s diving in to her final year with an energy that is palpable.

The year-long experience was “incredibly fruitful,” she says. “I learned a ton and became more independent and self-directing.”

By working across three divisions at the Lexington, Massachusetts, facility—a federally funded research and development lab owned by M.I.T. and housed on the Hanscom Airforce Base—Weed put her classroom knowledge to use. Employing cutting-edge technologies like auditory, visual, and heart-rate sensors, the data Weed and her colleagues captured and analyzed could have a positive impact on a variety of populations, from those struggling with Parkinson’s Disease to members of the military deployed in extreme environments.

Weed’s work focused on testing and evaluating wearable sensors. “We combined different sensor modalities,” she says, “in an effort to produce a viable method for looking at eye movements.” In addition to developing wearable eye-tracking devices, Weed’s team worked on algorithms that can look at a person’s gait and a tool kit for sleep analysis. Several of the projects were designed to reduce the chance of injuries during training for military personnel.

Weed and her colleagues collected a “tremendous amount of data” captured by sensory motor technologies in immersive virtual environments (STRIVE). “Picture a giant dome 20-feet wide,” Weed says, “with virtual reality projected on the underside, a tilting floor platform, and a split-belt treadmill.” Different simulations create an array of circumstances that can help researchers better understand environmental effects on biomechanics.

Right before she embarked on her back-to-back co-ops, Weed completed a UVM Summer Undergraduate Research Fellowship (SURF), which “ignited [her] curiosity.” In fact, Weed is delighted with her experience at UVM. “It has given me the freedom to choose what I’m interested in and pursue it further,” she says. Weed was able to take selected graduate math classes during her junior year and customize her education to create a path she’s thrilled to be on. “I really took advantage of all of the amazing resources at UVM,” she says.

Weed’s output is impressive. She has written everything from conference abstracts to government reports. Towards the end of her Lincoln Laboratory co-ops, Weed submitted an abstract and gave an oral presentation at the International Society of Biomechanics’ and American Society of Biomechanics’ joint meeting in Calgary, Canada. “In the time I’ve been at UVM,” she says, “I’ve authored 10 publications.”

Weed knows she’d like to continue her work in biomedical engineering and might like to start her own company one day, perhaps developing software and addressing the needs of high-performance athletes. “I’m getting interested in hydration and sleep,” she says. She is in the process of applying to PhD programs to deepen her research.  This most recent experience gave her a taste of industry work and a better understanding of how she can build the future she envisions.

“I know I want to be in charge of my life,” Weed says, “and my education at UVM and this co-op internship experience helped me know how I can do it.” 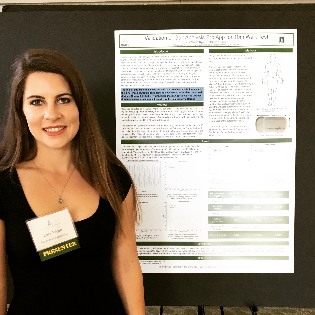 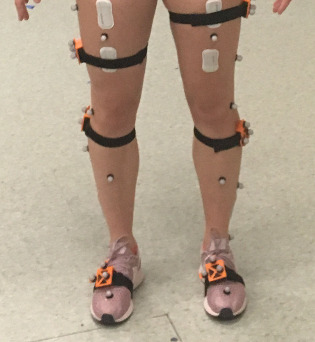