As classes are taught, homework is assigned, and students rush from building to building to catch the next lecture, it's worth taking a moment to stop and reflect on the world-class stature achieved by the College of Engineering and Mathematical Sciences (CEMS) professors who are giving those lectures. Many CEMS professors are top researchers who have been recognized for unique and groundbreaking contributions in their fields. CEMS is fortunate to boast several faculty members who are winners of early career awards -- highly competitive, prestigious national awards for research contributions made early in one's career. 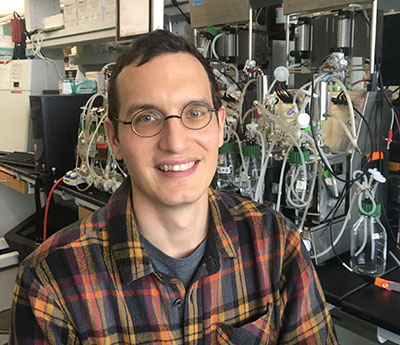 Dr. Matthew Scarborough, Assistant Professor of Civil and Environmental Engineering, received the Kroepsch-Maurice Excellence in Teaching Award honors.His  research focuses on the application of microbiomes (aka, microbial communities) to protect the natural environment and public health. Scarborough currently focuses on management of wastes from agricultural processes with the goal of harnessing microbiomes to convert renewable feedstocks to valuable products.

Dr. Ryan S. McGinnis has been honored with National Science Foundation CAREER Awards for his outstanding contributions to science. Many of his studies have been conducted with collaborators across a wide array of disciplines including neurology, physical therapy, mental health, and orthopedics. His work has been commercialized to form the heart of product offerings from seven companies, and he currently serves as a scientific advisor for several companies operating in the health technology space. 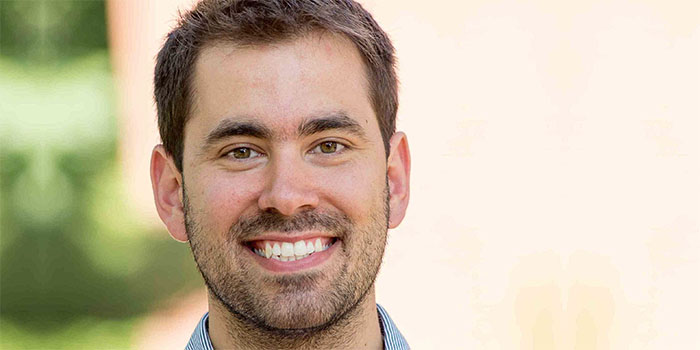 Dr. Mads Almassalkhi is Associate Professor in the Department of Electrical and Biomedical Engineering at the University of Vermont and co-founder of startup company Packetized Energy. His research interests lie at the intersection of power systems, mathematical optimization, He has been honored with National Science Foundation CAREER Awards for his outstanding contributions to science. Almassalkhi also joins Pacific Northwest National Laboratory (PNNL) as a Chief Scientist.

Dr. Eric Hernandez is an Assistant Professor in the Department of Civil and Environmental Engineering with a Ph.D. from Northeastern University. Dr. Hernandez received a 2015 National Science Foundation Faculty Early Career Award titled, "Structural Health Monitoring, Diagnosis and Prognosis of Minimally Instrumented Structural Systems." This research will pioneer a novel framework to assess the safety of minimally instrumented structural systems of buildings and bridges. The ultimate goal of the research is to predict remaining useful life of instrumented structures with knowledge of the state of damage, of material degradation and incorporating uncertainties in the loading environment.

Dr. Joshua Bongard, Assistant Professor in the Department of Computer Science, was named by President Obama in 2010 as one of 94 recipients of the Presidential Early Career Award for Scientists and Engineers (PECASE) for his outstanding work in the field of robotics. This award is the highest honor bestowed by the United States government on science and engineering professionals in the early stages of their independent research careers. Dr. Bongard is the second researcher in UVM history to receive the award. He received his Ph.D. from the University of Zurich and also received two other distinguished awards: the 2009 National Science Foundation CAREER Award for research entitled, "Investigating the Ultimate Mechanisms of Embodied Cognition," and the 2007 New Faculty Fellowship Award from Microsoft Research.

"President Obama's recognition of UVM professor Joshua Bongard as an outstanding researcher is a much deserved honor for Josh. His contributions in the fields of robotics and machine learning represent innovative, technological advancements with potentially vast applications," said CEMS Interim Dean Bernard "Chip" Cole, who added, "Our UVM community of innovative and award-winning computer scientists, engineers and mathematicians continues to gather momentum and acclaim as the research mission grows, and we seek to address important challenges on the local, national, and global levels."

Dr. Peter Sheridan Dodds is Associate Professor in the Department of Mathematics and Statistics with a Ph.D. from the Massachusetts Institute of Technology. Dr. Dodds received the 2009 National Science Foundation CAREER Award for research entitled, "Explorations of Complex Social and Psychological Phenomena through Multiscale Online Sociological Experiments, Empirical Studies, and Theoretical Models."

Dr. Frederic Sansoz is Associate Professor in the Department of Mechanical Engineering with a Ph.D. from the Ecole des Mines de Paris. An expert in nanomaterials and nanomechanics, Dr. Sansoz recently received a 2008 National Science Foundation CAREER Award for his research entitled, "Microstructure and size effects on metal plasticity at limited length scale."

Dr. Greg Warrington is Assistant Professor in the Department of Mathematics & Statistics. He received his Ph.D. in mathematics from Harvard University, is a recipient of a 2003 NSA Young Investigator's Award, and held a 2008 Simons Foundation Collaboration Grant.

Dr. Britt A. Holmen is Associate Professor in the Department of Civil and Environmental Engineering with a Ph.D. from the Massachusetts Institute of Technology. A civil and environmental engineer, Dr. Holmen received the 2002 National Science Foundation CAREER Award for her environmental engineering research entitled, "Vehicle-derived ultrafine particles and their adsorbates: Formation and aging effects on organic composition and size distribution."

Dr. Daniel Bentil is Associate Professor in the Department of Mathematics and Statistics with a Ph.D. from the University of Oxford. Dr. Bentil has a secondary appointment in the Department of Molecular Physiology and Biophysics, and received the 1995 National Science CAREER Award for his research entitled, "Career development in mathematical biology," with research and educational components. The research component concerned studies on molecular muscle mechanics; the educational component focused on the development of an interdisciplinary mathematical biology curriculum for undergraduate and beginning graduate students at UVM.

Dr. Jeffrey Marshall is Professor in the Department of Mechanical Engineering with a Ph.D. from the University of California - Berkeley. Dr. Marshall received the Army Research Office Young Investigator Award for his 1992-1995 research grant entitled, "The fluid mechanics of vortex cutting by a blade."