Town Meeting is a 200-year old democratic decision-making process – one of the most pure forms of Democracy in the world because every citizen is a legislator – meeting their neighbors face-to-face, debating, deciding and voting on the issues that affect them. In this project we analyze town meeting - drawing from more than four decades of research led by political scientist Frank Bryan.

Who is Frank Bryan? 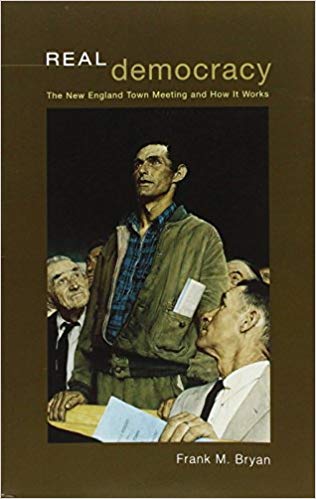 This project follows the work of political scientist Frank Bryan, who with his students attended more than fifteen hundred Vermont town meetings over a 30-year period, documenting Vermont’s town meeting as an authentic and meaningful form of direct democracy.

Find out more about Dr. Bryan's research in his book Real Democracy or by reading All Those In Favor by Susan Clark and Frank Bryan. Learn more by watching the video below of a 2013 interview with Frank or by reading an interview between Frank and Center Director Richard Watts, or by visiting his webpage.

Richard Watts, Director of the Center for Research on Vermont

Students help gather data and produce videos on town meeting. Lunch and mileage is paid for.