PAUL BESAW is Professor of Theatre & Dance in the School of the Arts; he came to UVM in 2006 as the founding faculty member and director for the Dance Program. He teaches courses in choreography, dance history, performance, among others, and was awarded the University of Vermont’s Kroepsch-Maurice Award for Excellence in Teaching in 2010. During his time at UVM, he has served in a variety of academic leadership positions.

Paul is a choreographer, theatre-maker, and performer. His primary interest is in the development of original performance works that integrate collaboration across art forms. His work has been presented throughout the United States and abroad, at a wide variety of places, venues, and sites. He is a founder, leader, and active member of Dance Tramp, a Vermont dance/theatre collective, and also performs and creates work with sloDance in Lincoln, Nebraska.

In 2016, Paul was a Visiting Professor in the School of Drama at the Korea National University of Arts in Seoul, Korea. He has served on the Board of Directors for the American College Dance Association since 2007, currently on the Executive Committee as Vice President for Nominations & Elections; he also serves on the Board of Directors for the Off Center for the Dramatic Arts in Burlington, VT. Paul received his BA in Theatre from Keene State College and his MFA in Dance from The University of North Carolina at Greensboro. 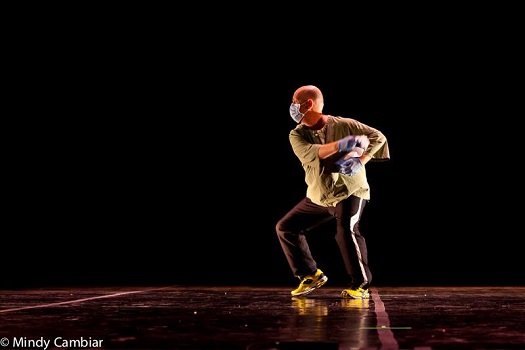