John Forbes (Bachelor of Arts in Dramatic Arts - University of California, Santa Barbara; Master of Fine Arts in Theatre Lighting Design - University of Massachusetts, Amherst) has designed lighting for productions at the Old Globe Theatre in San Diego, The Arizona Theatre Company, St. Luke’s Theatre and the Riverside Shakespeare Company in New York, Company One in Boston, the Repertory Company of Walnut Creek, California and the San Diego Rep. In Vermont he has designed for The Vermont Stage Company, Saint Michael's Playhouse, Big APE Dance Company, Agnes Table and Lost Nation Theatre. In addition to his work as a lighting designer, Mr. Forbes has served as production manager at the San Diego Repertory Theatre and the Ensemble Theatre Company, Santa Barbara, technical director for the California Shakespearean Festival and the Arizona Theatre Company, as a stage carpenter at the New York Shakespeare Festival/Public Theatre and as stage technician with IATSE Local 122 in San Diego. He has taught Lighting Design at San Diego State University and design and technical theatre at the University of San Diego. At U.S.D. he also managed Shiley Theatre and in the capacity served as the technical liaison between the university and the Presidential Debate Commission for the final Presidential Debate of 1996 held there.  His lighting design for the UVM's production of Metamorphoses was selected for the gallery presentation at World Stage Design 2005 in Toronto.  Mr. Forbes spent the Fall of 2013 on sabbatical studying the use of digital media in the theatre and currently teaches in this area of theatre production.  In addition he is a member of United Scenic Artists-Local 829, the United States Institute for Theatre Technology, and currently serves as Past President of United Academics, the faculty union at UVM. 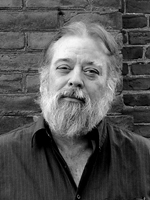