Samuel Franklin Sampson (“Frank”), Professor of Sociology, Emeritus, at the University of Vermont died in Burlington, VT, on October 7, 2009, after a lingering illness. He was born in 1934 in Malden, MA, the son of Margaret Louise (Grimes) Sampson and Samuel D. Sampson, formerly of Cape Breton, Nova Scotia. Frank held a warm spot in his heart for his Cape Breton connection, visiting with his wife, Pat, whenever possible.

Frank entered Boston University in 1952, on both a BU and a Trevelli National Scholarship. He left after a year, deeply upset over the death of a highly esteemed professor related to the McCarthyism “witch hunt” of the early 1950s. Frank then had a brief stint in New York City writing plays and short stories and working as a newspaper reporter. In 1954, he began a four-year hitch in the Air Force at bases in Oklahoma and Texas, serving as an academic navigation and flight instructor. Later, as a Captain in the Air Force Reserve, he worked in research and development in Headquarters, Office of Aerospace Research.

While in the Air Force, Frank earned BA and MA degrees (sociology) from the University of Oklahoma and was elected to Phi Beta Kappa. After leaving the Air Force, he entered graduate school at Cornell University and was granted a PhD in sociology in 1968. His seminal dissertation research on relationships within a monastery became well-known and provided an important empirical basis for the development of block modeling as a tool for examining social networks. During his educational career he received several fellowships and awards, including a Woodrow Wilson National Fellowship and National Science Foundation Fellowships. In addition to teaching assistantships at Cornell, he taught for a year at what is now Binghamton University.

After Binghamton, Frank joined the Department of Social Relations and Sociology at Harvard as Lecturer and Chairman of the Board of Tutors and Advisors. He also served as Visiting Associate Professor of Urban Studies and Planning at MIT plus a stint as Director of the Harvard Suburban Political Processes study. While at Harvard, he ran unsuccessfully for State Representative in the 16th Middlesex District. This disappointment was to repeat itself later in Burlington, VT, when he lost a race for alderman.

Frank left Harvard in 1972 to take a position as Professor and Chair in the Department. of Sociology at the University of Vermont.

Frank was a strong and passionate proponent of the application of sociological theories and perspectives to the solution of societal problems. It was a major focus of his career, exemplified by his 12 years on the Burlington Planning Commission. There he served on various subcommittees before becoming chair. His strong leadership was a major factor in significant changes to the city’s waterfront. During his tenure, the commission dealt with issues of health care, urban design, a city master plan, public housing, and inclusionary zoning. As a Commissioner, Frank always spoke strongly on behalf of the disadvantaged and the implication of any proposed changes for their welfare.

At the university, Frank was a major force as a member and later chair of the newly established Faculty Grievance Committee. He was always watchful for any violations of equality, due process and fairness, a concern which led him to resign as Chair of the Sociology Department to protest when the University Administration overruled faculty recommendations for reappointment of a highly qualified professor (MD and PhD), probably because of his critical views of the medical profession. Some years later Frank again took the Chair at the request of his colleagues.

As a teacher Frank was very demanding, but fair and readily available to help his students. He was kind but firm, enjoyed his students, and nurtured several of them into PhD programs at major universities. His course syllabi were unusually long but carefully constructed. The same can be said for his exams. They required careful construction and answers of many pages—usually longer than any secretary/typist had ever seen.

While Frank’s major career focus was teaching and applied sociology he made many and varied contributions to the discipline. These included book reviews, invited essays, papers at society meetings, discussant on panel presentations, referee of journal submissions, and NSF advisory panels. He also served as a consultant to organizations in the public sphere.

When asked to describe Frank briefly colleagues and others would include such words as “erudite,” “disciplined,” “thorough,” “fair-minded,” and “principled.” He was also a kind and generous man, a man of high integrity. He was loyal to his many friends and had a big and joyful heart for those he worked with.

Frank is survived by his wife, Pat—a wonderful kindred spirit and helpmeet and by two step-daughters, some cousins (some in Cape Breton), and many nieces and nephews.

His was a life well-lived. 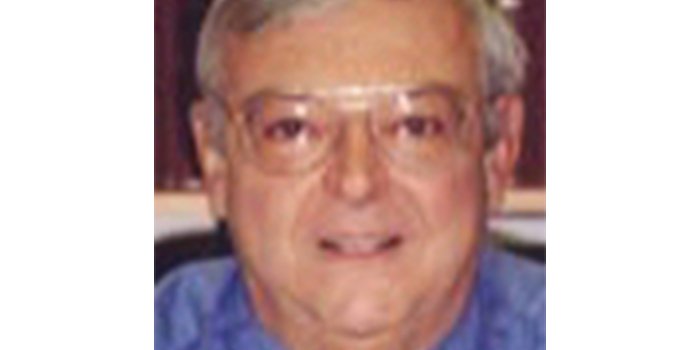