Prof. Jeannette R. Folta (or “Jan” as she was known to almost everyone) taught for the Department of Sociology from 1969 until her death in 1991. She was an early pioneer in the sociology of death and dying, created courses in Women and Development and Death and Dying that continue to be taught today, was a Charter Founder of Alpha Kappa Delta at UVM in 1982, fought for the recognition and support of women and other underprivileged groups throughout her life, and forged bonds between the School of Nursing and the Department of Sociology. Jan was also a member of the pioneering International Work Group on Death, Dying, and Bereavement, a group of professionals focused on improving end of life care globally. She served as Department Chair for several years leading up to her retirement, and received many awards for her research and public service throughout her life (for example, an award from Vermont Governor Madeleine Kunin and the Governor’s Commission on Women for her efforts on behalf of the Vermont campaign for the Equal Rights Amendment). The Jeannette R. Folta Memorial Award — an honor bestowed on a graduating senior has shown special fortitude in meeting significant challenges and plans to pursue a graduate degree — reflects her concerns and her own life path.

Nursing was central to Prof. Folta’s professional identity; throughout her life in formal correspondence she listed herself as “R.N., PhD.” Professor Folta was born in Holyoke, MA and received her R.N. degree from Burbank Hospital School of Nursing in 1955, a B.S. in Psychiatric Nursing from Boston University in 1959 and a Ph.D. i n Sociology and Nursing in 1963 from the University of Washington, Seattle. Her earlier career as a nurse was pursued for an additional three years immediately after receiving her Ph.D. when she served as a staff nurse and Educational Director for the U.S. Air Force Reserve Corps. in Seattle, WA. During this period she also served as Co-Director of the Research Training Program in Social Psychiatry at he University of California's Medical Center in San Francisco. In 1978 she was elected as a Fellow of the American Academy of Nursing.

In 1967 she joined the faculty at Boston University as 'Associate Professor of Nursing and Sociology. She moved to the University of Vermont in 1969, holding a joint appointment as Associate Professor in the School of Nursing and Dept. of Sociology. Between 1972-76 she served as Assistant Dean of the College of Arts & Sciences and joined the Dept. of Sociology full time as Professor of Sociology in 1976. She became Chairperson in 1977 and was twice re-elected to that position by her colleagues. She was a pioneer in each of these roles, being the first woman to serve as an academic dean or a department chair in the College of Liberal Arts at the University.

Jan's other academic posts included summer teaching at the University of Alberta (1967) and sabbatical appointments at the University of Norway and University of Ibaden, Nigeria (1976-77) as well as the two appointments at the University of Zimbabwe. Widely sought as a speaker and panelist, Jan presented papers, gave workshops or served as a panelist on over 150 occasions, both in Lhe U.S. and Canada and abroad in Norway, China, Nigeria, Kenya and Zimbabwe. She also served as a consultant on the topics of nursing, death and dying, grief, and women's issues to such organizations as WHO, Planned Parenthood, HEW, state Health Departments, the National Funeral Directors Association and several colleges and universities. I n addition, she published over two dozen articles, book chapters or monographs, seven of them with her colleague, Professor Deck, as well as a number of book reviews. She co-authored with Edith Deck the widely-used text/reader, A Sociological Framework for Patient Care (John Wiley & Sons, 1966) and its revised second edition in 1979.

Jan exemplified the concept of collegiality and social responsibility to its fullest. She gave unstintingly of her time to numerous University committees and task forces, and to professional associations, often as an officer or committee chair. In many of these activities she was both an early and continuing 'advocate for women's rights and equal justice for all. Her voice in such matters was always firm and unwavering, regardless of the opposition. In this she was widely respected by all for her sense of fair play.

As a colleague and leader in our Department she worked assiduously for the general welfare, handling, the inevitable disagreements and difficulties from whatever source with magnanimity and patience. She valued her family, duty, integrity, the friendship of others and all those things which conduce to a humane and just society. She was a loyal and generous friend and a devoted colleague.

Prof. Folta frequently published with her life partner, Prof. Edith Deck. The two women continued to publish in the areas of on the sociology of illness, medicine, aging and death until the end of her life, including a series of works focusing on rural African women, notably among the Shona in Zimbabwe. On her death, she was working on a book titled The Interpersonal Process of Grief, as well as a series of articles on loss and change for African women. 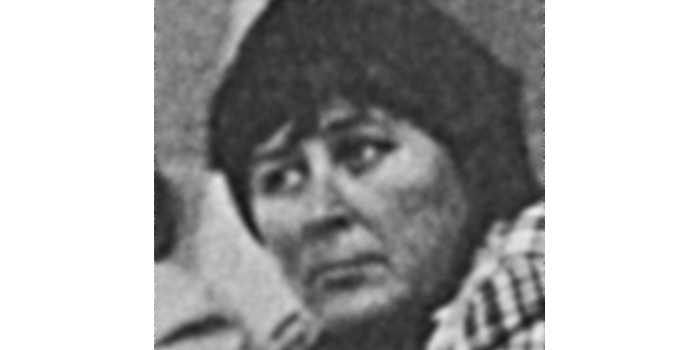