He is the author of more than 150 articles and professional papers on national politics with a major focus on the U.S. Congress and elections in Vermont and is a regular media commentator on those topics. He is the author of Pathways to the U.S. Supreme Court: From the Arena to the Monastery (Palgrave Macmillan, 2013) and co-author of The Austin-Boston Connection: Five Decades of House Democratic Leadership, 1937-1989 (Texas A&M University, 2009). He was editor-in-chief of the two-volume work, Committees in the U.S. Congress, 1947-1992 (CQ Press, 1993-94); co-editor of the four-volume work, Committees in the U.S. Congress, 1789- 1946 (CQ Press, 2002), named a “Best Reference Source” by the Library Journal; co-editor of Committees in the U.S. Congress, 1993-2010 (Sage/CQ Press, 2010);  Associate Editor of the Encyclopedia of the American Legislative System (Scribner’s, 1994); contributor to the Encyclopedia of American Political History (Scribner’s, 1984); The Committee on Ways and Means: A Bicentennial History, 1789-1989 (U.S. Government Printing Office, 1989);  Political Parties and Elections in the United States: An Encyclopedia (Garland, 1991); Encyclopedia of the U.S. Congress (Simon & Schuster, 1995); Encyclopedia of New England (Yale University Press, 2005); Encyclopedia of American Political Parties and Elections (Facts on File, 2006); and Political Encyclopedia of U.S. States and Regions (Sage/CQ Press, 2009).  He has published in the American Political Science Review, PS: Political Science and Politics, the New York Times, Boston Globe, Roll Call, and the Washington Post. Professor Nelson was the recipient of the Kroepsch-Maurice Teaching Excellence Award, 2009 and was named the fall, 2013 College of Arts and Sciences Dean's Lecturer.  He served as president of the New England Political Science Association (1991-92) and President (1995-96) and Executive Director (1997-2000) of the Northeastern Political Science Association. 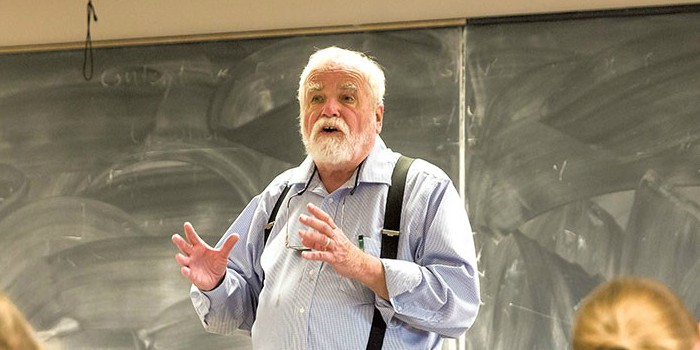