Professor Andersen teaches courses in constitutional law, the politics of sexuality, and American politics. She is currently writing a book exploring how litigation has shaped the marriage equality movement in the United States (University Press of Kansas). Another current project examines why same-sex couples choose to marry and how marrying affects their political understandings. She is the author of Out of the Closets and into the Courts: Legal Opportunity Structure and Gay Rights Litigation (University of Michigan Press, 2005; updated edition, 2006). She has published in journals such as the American Sociological Review, the American Journal of Political Science, PS, and Political Behavior. She has also contributed chapters to a number of edited volumes, including The Marrying Kind? Debating Same-Sex Marriage within the Lesbian and Gay Movement (University of Minnesota Press, 2013), and Queer Mobilizations: LGBT Activists Confront the Law (NYU Press, 2009).

Professor Andersen currently serves on the American Political Science Association’s (APSA) Status Committee on LGBT in the Profession.  She was previously the president of APSA’s Sexuality and Politics section.

She holds a joint appointment in the Gender, Sexuality, and Women’s Studies Program. 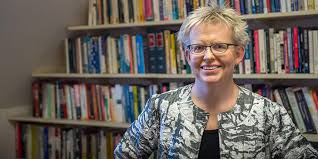 American Politics and Civil Rights with particular interest in how individuals and social movements use the law to effect social change.