Professor Tom Sullivan became the 26th President of the University of Vermont in July 2012. Upon completing his term as President in July of 2019, he became President Emeritus and Professor of Political Science.

Prior to becoming President he served as Provost and Senior Vice President for Academic Affairs at the University of Minnesota 2004-2012.

He served as the eighth Dean of the University of Minnesota Law School from 1995 to 2002. Upon finishing his term as Dean, he returned to full-time research and teaching. In June 2003 he received the J. William Elwin Jr. Award from the American Bar Association for leadership and contributions to law school development. At the University of Minnesota Law School, he has received the Stanley V. Kinyon Teacher of the Year Award for Excellence in Teaching. He has chaired the ABA Section of Legal Education and has chaired the Association of American Law Schools Section on Antitrust and Economic Regulation.

On three occasions he has been a consultant to the U.S. Senate Judiciary Committee on judicial nominations to the Supreme Court, and to the U.S. Senate Commerce Committee on mergers. In 2015 he received the Robert J. Kutak Award from the American Bar Association for his contributions to the legal academy, the Judiciary, and the Bar. Since 1984 he has been an elected member of the American Law Institute (ALI) and a Fellow of the American Bar Foundation since 1994. Presently he serves as Vice President of the Board of Directors of the American Bar Foundation (ABF) the leading empirical research center in law and social policy in the US.

Professor Sullivan is a nationally recognized authority on antitrust law complex litigation and constitutional law having authored 12 books and over 50 articles. He and co-author Professor Richard Frase published Proportionality Principles in American Law: Controlling Excessive Government Actions (Oxford University Press 2009). He is the co-author with Professors Herbert Hovencamp Howard Shelanksi, and Christopher Leslie of Antitrust Law, Policy, and Procedure (8th ed. 2019) and co-author with Professor Jeffrey Harrison of Understanding Antitrust and Its Economic Implications (7th ed. 2019). Most recently he published Complex Litigation with Professors Richard Freer Doug Floyd and Brad Clary (3rd ed., 20 I 9). He also published Private Antitrust Actions (Little , Brown & Co. 1996) with Douglas Floyd. In 2013, he published The Arc of Due Process in American Constitutional Lm,v with Toni Massaro (Oxford University Press). His most recent book, Free Speech and Expression: First Principles and Current Debates (with Len Niehoff) will be published by Cambridge University Press in 2021.

Before coming to the University of Minnesota, Professor Sullivan served for six years as Dean of the University of Arizona College of Law and as Associate Dean at Washington University in St. Louis. He began his career in higher education as a faculty member at the University of Missouri, Columbia. He graduated magna cum laude from law school at Indiana University in 1973, where he served as an editor on the Indiana Law Review. After law school, he clerked for a federal judge in Miami, Florida and thereafter was a Federal Prosecutor in the US Department of Justice in the Attorney General's Honors Program. In 1977, he became an antitrust litigator with the New York and Washington, DC, firm of Donovan, Leisure, Newton, and Irvine. Throughout his career, he has continued to serve as a consultant on antitrust, complex litigation, constitutional law, and Federal Court matters. 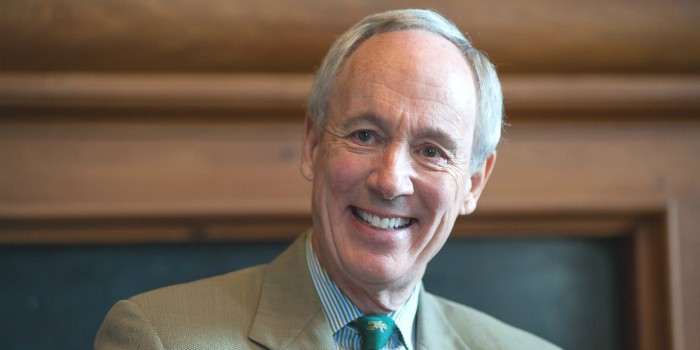