Professor Guber’s teaching and research interests include U.S. national elections and electoral behavior, public opinion, and environmental politics. Her work has appeared in peer-reviewed journals such as Social Science Quarterly, American Behavioral Scientist, and the Journal of Policy History. Her book The Grassroots of a Green Revolution: Polling America on the Environment was published by The MIT Press in 2003.
Her current research focuses on the politics of climate change, and the impact of partisan polarization, in particular, in blocking effective action. In one recent paper, she and her colleagues use quantitative text analysis on a corpus of floor speeches published in the Congressional Record between 1996 and 2015 to explore the language used by Democratic and Republican party members. In another, she uses data drawn from Google Trends as an alternative to conventional measures of issue salience in polls to see whether internet search queries related to climate change increase in volume during (and after) extreme weather events—such as hurricanes, floods, heat waves, and droughts—and use those results to explore implications for climate policy and communication.

Professor Guber's work has appeared in peer-reviewed journals such as Social Science Quarterly, Society and Natural Resources, State and Local Government Review, and the Journal of Statistics Education.  She has also written a full-length book on the public's concern for the environment and their willingness to translate their beliefs into action, titled The Grassroots of a Green Revolution: Polling America on the Environment (2003), published by The MIT Press in Cambridge, Massachusetts.

Her recent work includes an article on the origins of the Adirondack Park in the Journal of Policy History (2010), as well as two pieces with Christopher J. Bosso. The first, titled "'High Hopes and Bitter Disappointment:' Public Discourse and the Limits of the Environmental Movement in Climate Change Politics" appears in Norman J. Vig and Michael E. Kraft's popular text, Environmental Policy: New Directions for the Twenty-First Century, 8th edition (CQ Press, 2012). The second, on "Issue Framing, Agenda Setting, and Environmental Discourse," is published in The Oxford Handbook of U.S. Environmental Policy (Oxford University Press, 2012).

Her latest project, "A Cooling Climate for Change? Party Polarization and the Politics of Global Warming," is in the January 2013 issue of American Behavioral Scientist. 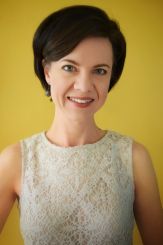