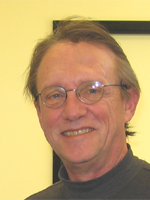 I write with the sad news that Professor Emeritus of Psychology Richard (Rik) Musty passed away on Sunday, July 26, 2015. Professor Emeritus Musty received his Ph.D. from McGill University and joined the University of Vermont faculty in 1968. He served the university as an exceptional teacher, scholar and colleague for 37 years. He was chair of the Department of Psychology for 12 years (1975-1987), the longest term of any UVM Psychology chair. During his term as chair many faculty in the Department achieved national prominence for their scholarship.

Professor Emeritus Musty was the author of nearly 100 scholarly publications. His pioneering research on cannabinoids for therapeutic applications contributed to the development of two new drugs, one for neuropathic pain and one for weight loss in obesity. He received an Open Society Institute Project Fellowship on the medical uses of marijuana, was an expert panelist on the Institute of Medicine's report to the President on marijuana as medicine in 1998, and was a founding member of the International Cannabinoid Research Society.

Professor Emeritus Musty was known for his extraordinary kindness and supportiveness. He contributed significantly to the community. He was director of a project from the Vermont Department of Mental Health that moved over 30 individuals with developmental disabilities from Waterbury State Hospital to community living and work from 1978 to 1984, and he served as a City Council member in Burlington from 1983 to 1987.

“Richard Musty was an extremely important member of our Department, the College of Arts & Sciences, the University of Vermont, the city of Burlington, and beyond. In short, he was a person for all seasons, an extremely bright and caring man. Richard played a major role in constructing the curriculum for the undergraduate psychology major with the doorway to the major represented by the infamous Psych 109-110. He did it right as many of our majors went on to influential graduate programs, and are now leaders in their field. Rik was the longest serving Chair of the Department, thus having a major influence on our doctoral programs in general-experimental and clinical psychology. Rik immensely enjoyed teaching, research and service. Rik was a warm and friendly man who gave of himself to assist all who came in touch with him. He was one of the most intelligent and gracious persons I have known in my lifetime. I had the honor to learn from him for 30-plus years. I loved Rik, and will miss him deeply. Richard, we have a date in the future, and we can revisit some of the fun times we had; for example, dressing in cowboy boots, hats, and shirts when we presented our scientific papers at the annual meeting of the Psychonomic Society in San Antonio, Texas. Be at peace.”
- Professor Emeritus Robert Lawson

“Rik was instrumental in the de-institutional movement in Vermont. He set up the first group and individualized community homes for persons with very severe challenges from Waterbury State Hospital and Brandon (which housed persons with developmental challenges). This led to the strengthening and professionalization of community mental health resources throughout the state that we now have. His efforts also resulted in greatly strengthening the graduate program in general psychology at UVM, training many grad students in developmental and mental health policy and services from 1980 into the late 90s, many of whom have contributed to those areas in many roles here in Vermont and elsewhere.”
- Professor Emerita Sara Burchard

Information regarding a memorial service will be forthcoming.