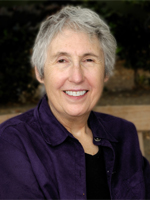 Phyllis Bronstein, Ph.D., age 73, died on Dec. 29, 2012, in Los Altos Hills, Calif. She committed her life to bringing about equal rights and social change. She was born in Brooklyn, N.Y., to Burke and Sylvia (Karpf) Bronstein. While attending the University of Michigan, she met and married Michael Burrows. After graduation, they moved to the Boston, Mass., area, where Phyllis completed her graduate work as a mother of two young children, earning an MA in literature and creative writing from Boston University in 1966. After her third child was born, she turned her professional focus toward social psychology, where she felt there would be more opportunity to implement social change.

She earned her Ph.D. in psychology from Harvard University in 1979. While at Harvard, she met her partner and love of 37 years, psychologist Robert Rossel. The family moved to Vermont in 1981, when Phyllis began her 23 years at the University of Vermont. During her tenure there, she received numerous awards and recognitions for her scholarship, teaching, and leadership. She is author, co-author, and editor of several books, including "Teaching a Psychology of People," "Teaching Gender and Multicultural Awareness," and "Fatherhood Today. Both her research and her teaching broke new ground in bringing the concerns of feminism and multiculturalism into psychology and academia more broadly. For many years, she was deeply committed to her personal work with Reevaluation Counseling, and after her retirement to California from UVM, she had the opportunity to teach RC at San Jose State University.

She is survived by her husband and partner, Robert Rossel; her children, Geoffrey Burrows (Paulina Brudnicki), Elise Burrows, and Jolie Burrows (Matthew Moore); her four stepchildren, Greg Rossel (Asami), Jeff Rossel (Cheryl), Eric Rossel (Jodi), and Robert Rossel Jr. (Kirsten). She is also survived by her three grandchildren; nine stepgrandchildren; and sister, Judith Bronstein. She will be remembered for her psychological insights, her commitment to social justice and equality, and her loving, intimate relationships with friends and family.

A memorial service will be held Feb. 2, 2013, in the Los Altos, Calif., area. For more information, please email: phyllismemories@gmail.com. Those wishing to make a donation in her memory are encouraged to contribute to Women for Women at www.womenforwomen.org.

Published in The Burlington Free Press on January 11, 2013