Affiliate Artist Paul Orgel has concertized throughout the United States, Europe, and China as a solo recitalist and chamber musician. Critics have praised his playing for its "subtlety and attention to nuance" (Philadelphia Inquirer), "rare pathos" (New York Times), and "brilliant technique, sense of humor, and fantasy" (Bridgeport Post).

A versatile musician with wide-ranging interests and an extremely varied repertoire, Orgel has worked with many composers including Messaien, Cage, Rochberg, and Crumb on their music. Orgel can be heard on recordings of music by Louis Moyse (Works for Flute and Piano) on the CRI (now New World) label, a 2003 Grammy nominee, and on Capstone (Keyboard Fantasies by Curt Cacioppo). His solo recording, Music of the Holocaust, featuring music by Karel Berman, Pavel Haas, Gideon Klein, and Viktor Ullmann, was released on the Phoenix USA label in 2005.

A distinguished teacher, he has served as an Affiliate Artist at M.I.T., a visiting teacher at Wesleyan University, and an instructor of piano at Interlochen Arts Academy. He taught on the faculties of Swarthmore and Haverford Colleges, and Temple University prior to becoming a member of the music faculty at the University of Vermont. He is the director of the Humanities Program Concert Series at Saint Michael's College, a faculty member of the Green Mountain Chamber Music Festival, and a reviewer for Fanfare Magazine.

Memorable performances: He has given notable concerts in places such as New York's Merkin Hall, the Kennedy Center in Washington D.C., Jordan Hall and the Gardner Museum in Boston, the Ordway Theater in St. Paul, and the San Francisco Conservatory.

Paul Orgel in the news: 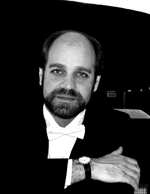