“A lot of my work is on various forms of media, and how identities around gender or race are represented,” she explains. “Language can be a proxy for discrimination. We can use language to reinforce impressions that are already there, to justify our beliefs about socially marginalized groups.”

Her recent paper “Gendered representations through speech: The case of the Harry Potter series” in Language and Literature explores how the Harry Potter books subtly reinforce gender stereotypes. Eberhardt notes that Rowling’s series has sold 450 million copies and has been translated into nearly 70 languages, so it is enormously influential, especially for younger readers.

She counts herself as a big fan of the books, but as a linguist it was difficult for her to ignore the author’s word choice when describing characters of different gender.

“As a I was reading, I started to think about the way some of female characters in books were described as ‘shrieking’ or ‘screaming’—there were all these extreme words that I thought of as having strong gender connotations.”

To test her impressions, she took a methodical dive into the Rowling canon, which covers seven books and 1.1 million words, paying particular attention to verbs describing the speech of two main supporting characters Ron Weasley and Hermione Granger.

The two characters had roughly the same number of verbs used to report their speech. But when Eberhardt looked closely at unique verbs (those used repeatedly in relation to either Ron’s or Hermione’s actions) a pattern emerged.

“Even though there are only a few references to these verbs, they are so loaded that it doesn’t take many instances to reinforce the already ingrained ideas we have about gender,” Eberhardt says.

The 2016 presidential campaign was part of the cultural backdrop when Eberhardt was working on her Harry Potter research. She kept noticing real-world examples of similar gender bias that kept percolating into the public discourse. Descriptions of Hillary Clinton’s speech often included commentary on the way she talked, with marked words like “shrill,” rather than just what she was saying.

Eberhardt also explores language within popular music, and how the lyrical choices that artists make can reinforce or subvert dominant ways of thinking about race, gender, and sexuality.

In her recent paper “‘She don’t need no help’: deconsolidating gender, sex and sexuality in New Orleans bounce music,” Eberhardt and her colleague Christina Schoux Casey of Aalborg University in Denmark focus on Bounce, a particular style of hip hop that originated in New Orleans. Featuring repetitive chants, hypersexual lyrics and a call and response format, Bounce was pioneered by artists who identified mostly as queer. The music gained a sharp edge after the botched response to Hurricane Katrina in 2005.

Eberhardt and Schoux Casey write “Bounce artists served as conduits both for communicating news from federal and local agencies and for providing audiences with a respite from the pain and frustration caused by the disaster and the incompetent official response (Kish 2009). Bounce’s popularity exploded after the flooding, and bounce artists, particularly queer artists, became local celebrities.”

The authors focus on five Bounce artists who artists who turn the language upside down by refusing to conform to expected sexual and cultural norms, not just defying the negation of their humanity as African Americans but also “as men who desire men, and as individuals who refuse to inhabit their ‘natural’ identities with docility.”

As Associate Professor of Linguistics at UVM, Eberhardt’s students discover that language itself doesn’t dictate attitudes towards different groups or genders, but that it is laden with markers that tells us how we think about those groups.

“Language often gets used as a way of trying to validate our prejudices –'this is the right way to say things’ or ‘this is the tone of voice you should use.’  And of course that’s just made up. We may have an accepted way of doing things, but that way is not inherently better than other ways linguistically.” 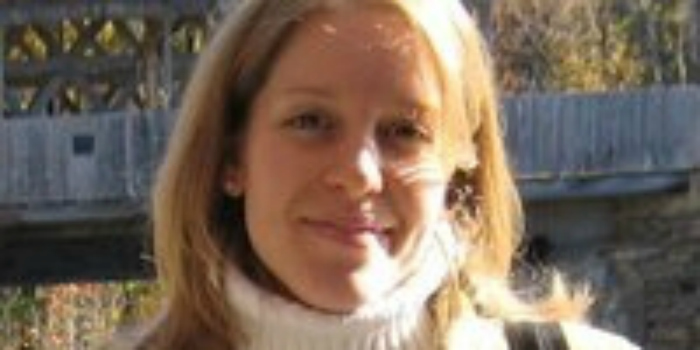