Sean Stilwell joined the University of Vermont in 1999 after receiving a Ph.D. from York University. He is a specialist in African history, with a specific focus on the history of pre-colonial and colonial West Africa, the history of Nigeria and Hausaland, the history of slavery and the slave trade, and the history of medicine, disease and epidemics in colonial Africa. He teaches a wide variety of courses at UVM, covering the continent from c. 10,000 BCE to the present. His regular upper level offerings include courses on the History of Nigeria, West Africa, and Southern Africa as well as a seminar on comparative slavery. Stilwell is also developing two new course offerings: the first is a class on the history of the Trans-Atlantic Slave Trade and other is a class covering the history of epidemics, public health and colonialism.  Stilwell conducts research in two major fields. First, he writes on the history of slavery in Africa. His first book, Paradoxes of Power: The Kano 'Mamluks' and Male Royal Slavery in the Sokoto Caliphate, 1804-1903, published with Heinemann's Social History of Africa Series, explores the history of slave soldiers and officials in the Sokoto Caliphate (now Northern Nigeria).  His second book, Slavery and Slaving in African History, published by Cambridge University Press, is a new interpretative history of slavery in Africa that examines the nature of slavery – and the lives of slaves – across the entire continent from very early times to the end of the twentieth century. Second, Stilwell is pursuing research on the history of epidemics, medicine and urban planning in colonial Nigeria. He has spent time in Kaduna, Lagos and Ibadan, Nigeria – as well as London and Oxford, England – conducting archival research. The monograph will eventually be titled: Pestilence and Planning: Public Health and Colonial Urbanism in Lagos, 1903-1960.  He has also co-edited a book with Juanita de Barros for the Harriet Tubman Series of Africa World Press entitled Public Health and the Imperial Project (Trenton: Africa World Press, 2016) and is working away on articles related to water rate riots in Lagos and the Cerebrospinal Meningitis epidemics in Northern Nigeria. Other than things African and UVM, Professor Stilwell spends (too) much of his time watching the Boston Bruins and / or the Edmonton Oilers and plays left wing on an old(ish) men’s hockey team with Professor Zdatny. 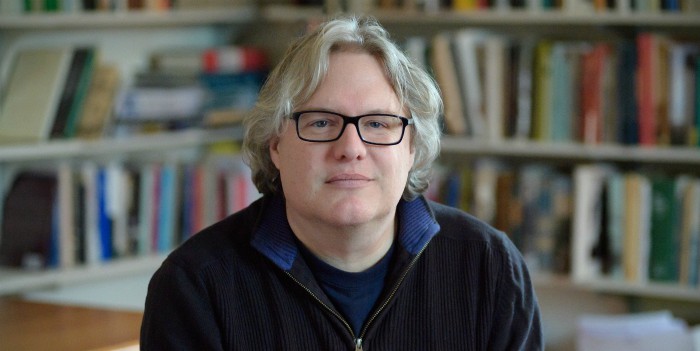