Frank Nicosia was born and raised in Philadelphia. Before receiving his PhD in history from McGill University in Montreal in 1978, he was a Peace Corps volunteer in a small desert village in Libya, and then taught English and History in a German high school in a small town in southern Germany. He was a history professor at Saint Michael's College in Colchester, Vermont, for many years before coming to UVM.

Frank is the author of Nazi Germany and the Arab World (Cambridge University Press, 2014), Zionism and Anti-Semitism in Nazi Germany (Cambridge University Press, 2008, 2010), Zionismus und Antisemitismus im Dritten Reich (Wallstein Verlag, 2012), and The Third Reich and the Palestine Question (University of Texas Press 1985 and Transaction Publishers 2000). He is also co-author (with Donald Niewyk) of the text book The Columbia Guide to the Holocaust (Columbia University Press, 2001). He has co-edited six books, and has also edited two volumes of documents in the 22-volume series Archives of the Holocaust (Garland Publishers, 1990). He is currently finishing another volume of documents, Dokumente zur Geschichte des Deutschen Zionismus 1933-1941, which will be published by Mohr/Siebeck Verlag in 2016.

His many peer-reviewed articles in English and German in scholarly journals and collections include six essays in The Leo Baeck Institute Yearbook, the preeminent journal on Central European Jewish history. He has received many grants and fellowships for his research in Germany, Israel, England, and the United States, including two Senior Fulbright Research Awards in Berlin (1992-1993, and 2006-2007), a Charles Revson Foundation Fellowship at the Center for Advanced Holocaust Studies of the U.S. Holocaust Memorial Museum in Washington, D.C., as well as the German Academic Exchange Service, the National Endowment for the Humanities, the American Council of Learned Societies, and the American Philosophical Society.

He has been a visiting professor at the Center for Research on Anti-Semitism of the Technical University in Berlin, and at the Humboldt University in Berlin. In 2000, the Carnegie Foundation for the Advancement of Teaching and the Council for the Advancement and Support of Education named him "Vermont Professor of the Year," and in 2014 he was received the “Distinguished Achievement Award” from the Holocaust Educational Foundation at Northwestern University. Finally, Frank has been a member of the Advisory Board of the Carolyn and Leonard Miller Center for Holocaust Studies at UVM since 1993, and the Center's Interim Director from July 2007 until December 2008, spring semester 2011, and 2013-2014. His favorite outside activities include hiking, snow shoeing, and cross-country skiing in the fall and winter, and perennial flower and vegetable gardening in the spring and summer. 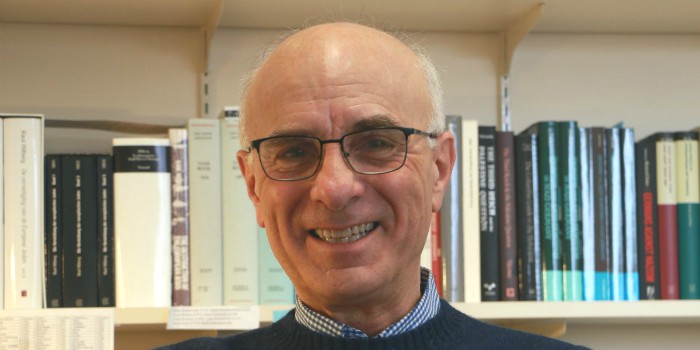 The history of modern Germany, the Third Reich, and the Holocaust