Dr. Felicia Kornbluh is a Professor of History and Gender, Sexuality, and Women’s Studies at UVM.  She is the author of The Battle for Welfare Rights: Poverty and Politics in Modern America (2007) and, with Gwendolyn Mink, Ensuring Poverty: Welfare Reform in Feminist Perspective (2018).  She is at work on two books, How to Win a War on Women: My Mother, Her Neighbor, and the Fate of Reproductive Rights and Justice, and an essay collection titled Constant Craving: Identity Politics and Economic Justice.

Kornbluh is a member of the board of directors of Planned Parenthood of Northern New England and Vice President of the Planned Parenthood Federation of America-Vermont Action Fund.  She has served as a member of the Vermont Commission on Women, was for six years the Director of UVM’s Gender, Sexuality, and Women’s Studies Program, and won the first-ever contested election for the presidency of United Academics, UVM’s faculty union.

Her articles on history, law, culture, and politics have appeared in the American Historical Review, Journal of American History, Feminist Studies, Radical History Review, Labor, Law and Social Inquiry, and many other journals, as well as in such periodicals as The New York Times, Los Angeles Times, The Nation, In These Times, and the Women's Review of Books.

Professor Kornbluh teaches on the history of law, on the U.S. since 1945, and on the history of poverty.  Her GSWS Program courses include the Introduction to Gender, Sexuality, and Women's Studies, GSWS 100: "Gender and Feminism(s)," and topical courses such as "Sex, Gender, and Disability."

She has been a scholar, writer, and activist for over three decades -- starting with her leadership of the children's advocacy and journalism organization CHILDREN'S EXPRESS when she was in high school, and extending to her work at the U.S. House Committee on Children, Youth, and Families, for Reverend Jesse Jackson, and as a leader of the Women's Committee of 100, a network of feminist writers and scholars committed to the proposition that "a war against poor women is a war against all women." 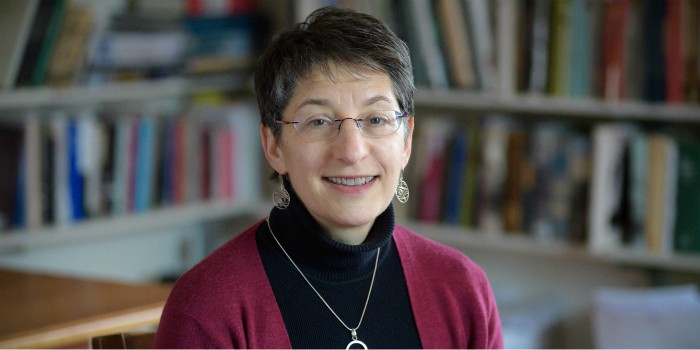