Prior to joining the UVM faculty in 1988, Professor Youngblood worked for the American Association for the Advancement of Slavic Studies. At UVM, she has also served as department chair, 1999-2003, and as Vice Provost for Faculty & Academic Affairs, 2003-2005, and President of United Academics, 2013-2015. She retired from UVM in 2017.

She has written extensively on Russian and Soviet cinema including seven books: Bondarchuk's War and Peace: Literary Classic to Soviet Cinematic Epic (2014); Cinematic Cold War: The American and Soviet Struggle for Hearts and Minds (2010) with Tony Shaw; Russian War Films: On the Cinema Front, 1914-2005 (2007), which has been named a Choice Outstanding Academic Title for 2007; Repentance: A Companion Guide ( 2001, with Josephine Woll); The Magic Mirror: Moviemaking in Russia, 1908-1918 (1999); Movies for the Masses: Popular Cinema and Soviet Society in the 1920s (1992); and Soviet Cinema in the Silent Era, 1918-1935 (1991). Her articles have appeared in the American Historical Review, the Historical Journal of Film, Radio & Television, the Russian Review, and Film & History as well as in numerous anthologies.

She serves on the editorial boards of Studies in Russian and Soviet Cinema, the Historical Journal of Film, Radio & Television, Russian Life, and New Academia Publishing. Recent national professional service includes the Professional Division of the AHA and the Committee on Status of Women of the AAASS. Among her many academic honors are the Dean's Lecture Award, University Scholar Award, the Kroepsch Maurice Prize for Excellence in Teaching, a Presidential Fellowship to the Salzburg Seminar, the Heldt Prize for Best Book by a Woman in Slavic Studies, and grants from the ACLS, IREX, NEH, and the Kennan Institute for Advanced Russian Studies. 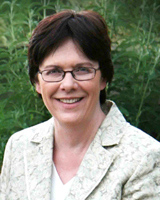 Russian and Soviet history, the history of modern east-central and southeastern Europe, visual culture, film and history, and cultural globalization.