Having been apotheosed into the ranks of the emeriti in 2001, Andrea has devoted his golden years to research, academic writing, lectures, and travel. He spent spring semester, 2002, at the University of Louisville, where he held the chair of Distinguished Scholar-in-Residence in the Liberal Studies Program. In addition to offering a seminar on the Silk Road, 200 BCE—1500 CE and presenting a number of public talks on multiple Silk Road topics, Andrea honed his thoroughbred handicapping skills at the Keeneland and Churchill Downs race tracks. Although he always bet on the correct horses, most of the time they or their jockeys failed to understand what was expected of them.

His current areas of research include the transfer of ideas along the Silk Road and the crusades in the context of world history. His research and other academic work in the period 2004-2017 has brought him to China multiple times, where he has studied Buddhist cave art at Dunhuang and remote sites in Inner Mongolia and Manchuria. Other world history research has occasioned trips to Taiwan, Morocco, Kenya, Turkey, India, Ethiopia, Vietnam, Thailand, Cambodia, Kazakhstan, Uzbekistan, Turkestan, and Tajikistan. Less exotic but no less important academic locales where he has worked recently include a wide variety of European nations. Despite his preference for the Mediterranean and the lifestyle of la bella Italia, his crusade studies even brought him to Denmark in 2016, where he pursued the trail of the Baltic Crusades. A bit of research also enabled him to find good Italian restaurants in Odense and Copenhagen.

His now-out-of-date Encyclopedia of the Crusades (Greenwood Press, 2003), looks at the classical crusades of the 11th through 13th centuries from the Abbasids to the Zangids. His favorite entry is “Cannibalism.” Despite its age, ask your local library to order a copy so that he can fund future trips abroad. The 2nd edition of his weighty Contemporary Sources for the Fourth Crusade (Leiden: Brill) appeared in 2009. The question is: Do you really want to know that much about the early thirteenth-century sources for this crusade? In 2011, the 21-volume ABC-Clio World History Encyclopedia appeared, for which Andrea served as general editor and pinch-hitting author for numerous articles. Taking on this burden was an act of enormous hubris and sheer lunacy, but he did so with humility and clear-headedness. Currently, the 8th edition of The Human Record: Sources of Global History, 2 vols. (Cengage, 2016), is on bookstore shelves. This textbook, which he has coauthored with James H. Overfield since 1990, also subvents his travels. Shame on those world history instructors who do not adopt it.

Andrea also serves as editor for two series published by Hackett Publishing, Co.: The Myths of History Series and Critical Themes in World History. In 2016, he co-edited with Andrew Holt Seven Myths of the Crusades, which served as the initial volume in the Myths of History Series. The book’s smarmy Introduction, in which he trashes Terry Jones’ faux-documentary, The Crusades, is totally his doing. No blame accrues to his co--editor.

Missing the classroom (but not the reading of student papers), Andrea has offered seminars on the crusades and other topics relating to premodern world history at several universities in China and Turkey, and is ever eager to talk to any group, large or small, about his academic  obsessions. His heavy Boston accent, however, has led at times to some misunderstandings on the part of his audiences.

Andrea continues to be an active member of quite a few learned societies and served as President of the World History Association (2010-2012). He also is the Secretary (éminence grise) of the New England Regional World History Association. Andrea asks that you visit the WHA’s and NERWHA’s respective websites www.thewha.org and www.nerwha.org to learn more about these worthy associations and to discover where and when they will be convening and frolicking next. 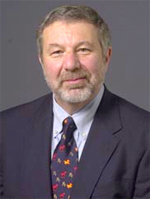