Bridget’s research focuses on the emergence of a new film genre in twenty-first-century German film culture, which she labels contemporary classical adaptations. In her dissertation, “Twenty-First Century German Adaptations: the Classical, the Transnational, the Pedagogical” she demonstrates how the genre has exploded since 2005 given German cinema’s intense dialogical engagement with: Hollywood blockbuster adaptations of the 1990s; transnational production and distribution pressures in contemporary Europe; and the lingering specter of German national cinema. She then shows how these films have been promoted and shaped, in part, by government mandates requiring the teaching of “visual literacy” in schools nationwide and she critiques how these films are consistently implemented in a variety of educational contexts in the nation. Currently, she is preparing this research for publication.

A dedicated instructor, Bridget has been recognized with several teaching awards honoring her work teaching at the undergraduate level. As part of her commitment to curriculum development and instructor training, Bridget has also co-authored Augenblicke: German through Film, Media, and Texts, an innovative beginning and intermediate German language and culture textbook currently in use at six universities nationwide. Her commitment to education spans far beyond the undergraduate classroom, however, and she regularly provides workshops and pedagogical training for graduate students, instructors, and faculty across a variety of subjects. 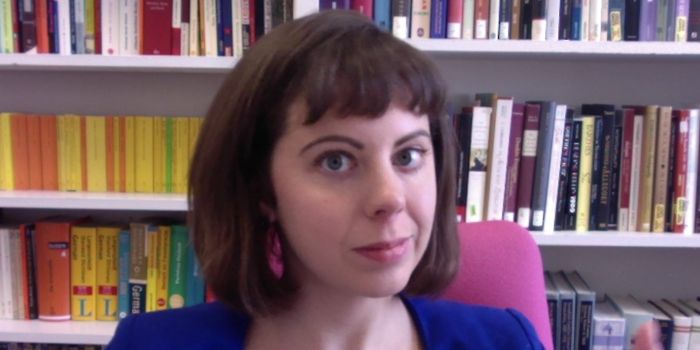