Originally from Britain, Helen C. Scott received the BA from the University of Essex and the PhD from Brown University before joining the faculty at the University of Vermont, where her primary area of teaching is global Anglophone literature.

Her research contributes to the materialist presence within postcolonial studies, developing historically informed readings of contemporary literary works; her particular areas of specialization are the transnational novel, Caribbean literature, global appropriations of Shakespeare’s Tempest, and the continued relevance of the theoretical contributions of Rosa Luxemburg. This work has been published in journals such as Callaloo, Journal of Haitian Studies, New Formations, Postcolonial Text, Socialist Studies, and Works and Days, and in several edited collections. She is author of Caribbean Women Writers and Globalization: Fictions of Independence (Ashgate, 2006); editor of The Essential Rosa Luxemburg (Haymarket Books, 2008); and co-editor, with Paul LeBlanc, of an anthology of Luxemburg’s writings, Socialism or Barbarism (Pluto Press, 2010). Her book The Storm of History: Shakespeare’s Tempest and Capitalism is under contract with Routledge. She directs the Buckham Overseas Study Program, which allows UVM English majors to study at the University of Kent at Canterbury in England, and is currently Director of Graduate Studies in the English Department. 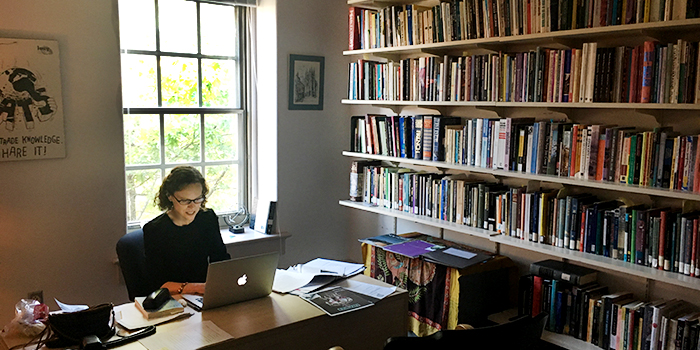