Informed at once by theological, philosophical, and poetic traditions, the argument of my book, Romantic Fiat: Demystification and Enchantment in Lyric Poetry (2011), turns on a distinction between the authoritarian language of “let there be” and the quietism of “let be.” Romantic Fiat thus recasts a standard account we thought we knew from the history of ideas, about the language of imaginative creation in romantic poetry. The book also tries to model a kind of difficult critical movement between forms of literary analysis that stage conceptual interventions using literary texts (interpretation), and those that describe artworks (poetics).

My current scholarship focuses mainly on topics of philosophical aesthetics that bear on poets from William Wordsworth (d. 1850) to James Schuyler (d. 1991), and on the theory of poetry. I also write on Jane Austen, especially in relation to the practice of “ordinary language” philosophy in the work of J.L. Austin and Stanley Cavell. An ongoing book project is entitled “Jane Austen and Other Minds.”

I have published several essays on the poetry of William Wordsworth, as well as essays on William Godwin, Jane Austen, Percy Shelley, Thomas De Quincey, Elizabeth Bishop, and other writers.

I particularly welcome graduate students interested in the areas of British Romanticism, Modern American Poetry, and Philosophy / Critical Theory. My main areas are post-Kantian aesthetic thought and the persistence of deconstruction. But I also have enjoyed advising successful M.A. projects in ecological literary theory, narrative theory, and animal studies.

North American Society for the Study of Romanticism (NASSR)

Association of Literary Scholars and Critics 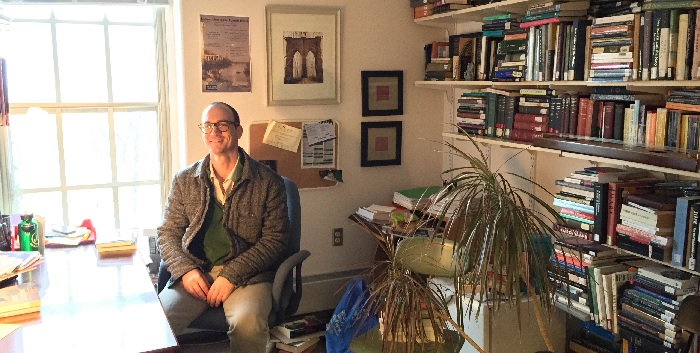