Emily Bernard is the Julian Lindsay Green & Gold Professor of English.  She holds a B. A. and a Ph. D. in American Studies from Yale University. Bernard has received fellowships from the Alphonse A. Fletcher Foundation, the Ford Foundation, the National Endowment for the Humanities, the MacDowell Colony, the Vermont Arts Council, and the W. E. B. DuBois Institute at Harvard University. She was the inaugural James Weldon Johnson Senior Research Fellow in African American Studies at Yale University. Her published works include: Remember Me to Harlem: The Letters of Langston Hughes and Carl Van Vechten, which was a New York Times Notable Book of the Year; Some of My Best Friends: Writers on Interracial Friendship, which was chosen by the New York Public Library as a Book for the Teen Age; and Michelle Obama: The First Lady in Photographs, which received a 2010 NAACP Image Award for Outstanding Literary Work.  Carl Van Vechten and the Harlem Renaissance: A Portrait in Black and White, was published by Yale University Press in 2012. Bernard’s essays have been reprinted in Best American Essays, Best African American Essays and Best of Creative Nonfiction. Her most recent book, Black is the Body: Stories from My Grandmother’s Time, My Mother’s Time, and Mine, was published by Alfred A. Knopf in the spring of 2019. Black is the Body  won the Christopher Isherwood Prize for autobiographical prose in the Los Angeles Times 2020 Book Prizes competition.  A native of Nashville, Tennessee, Emily Bernard has been a faculty member at UVM since 2001. 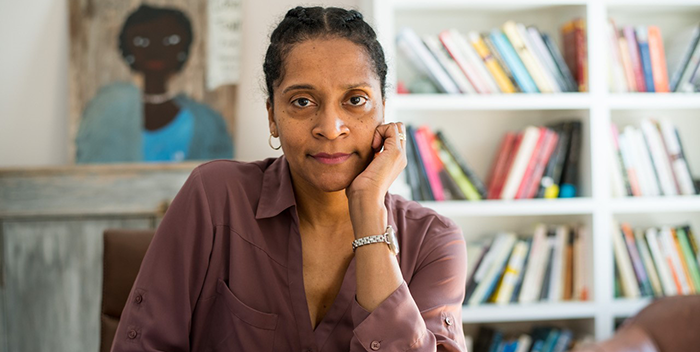