Christopher Vaccaro (Senior Lecturer) has been teaching English at UVM since 1999.  Earning his Ph.D. from the City University of New York (CUNY) Graduate School in 2003, he has been teaching a variety of courses for the English Department and the Gender, Sexuality, and Women’s Studies Program. Some of his courses include British Literature Survey, Introduction to Old English, Beowulf, Queers of Color, Women of the Middle Ages, Tolkien’s Middle-earth, Tolkien’s The Hobbit, Queering the Middle Ages, History of the English Language, and Written Expression.

Professor Vaccaro has been organizing events at UVM for almost as long as he has been here. He began the Tolkien at UVM conference in 2004 and has been running the conference and bringing important scholars in the field to UVM every year since then. His interests in gender/sexuality studies inspired him to bring to campus important figures such as Mark Doty (2014) and Jack Halberstam (2018). In addition to hosting conferences and events, he organizes sessions at medieval studies and Tolkien studies conferences and has served on the board of the New England Medieval Consortium conference committee.

Publications include two edited collections on Tolkien, The Body in Tolkien’s Legendarium (McFarland Press, 2013) and Tolkien and Alterity (Palgrave, 2017) with essays included in those volumes, and essays published on Tolkien. He is currently working on a monograph exploring the intersection of pleasure, same-sex love, and death in Beowulf and lesser known Old English texts. In addition, he has been asked to co-edit a collection on Queer Tolkien and has tentatively agreed to edit a collection for Brill’s Exploration of the Middle Ages series titled Painful Pleasures: Sadomasochism in Medieval Culture.

In addition to his scholarly work, he has published poetry and continues to work on a collection of ekphrastic poems. 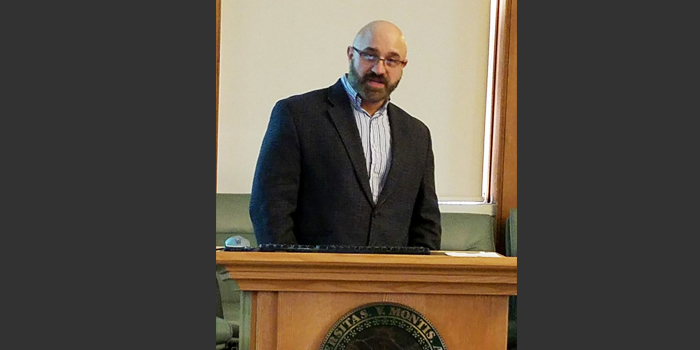