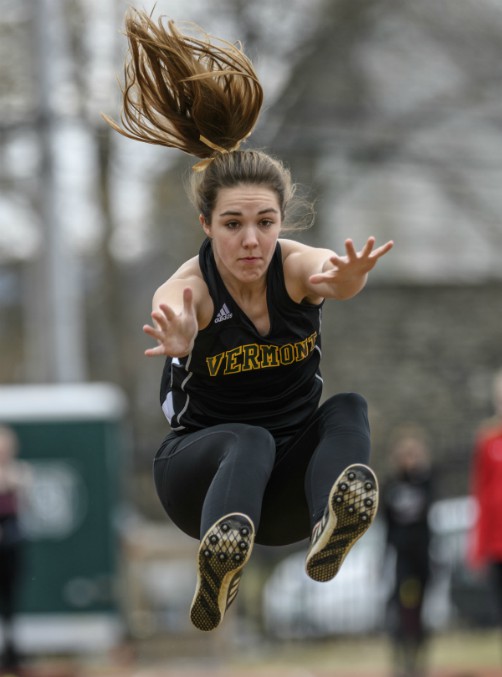 Anya Gorodentsev ’19 of Brookline, Mass., was a competitive track athlete in high school, and wanted to continue with her career as a sprinter and long jumper. She immediately felt at home when she met members of the UVM team during a recruiting visit.

“I fell in love with the team—they welcomed me right away and it just felt like a great community,” she said.

“Community” is a word Gorodentsev uses a lot when looking back on her career at UVM. As she prepares to graduate with dual degrees in political science and Russian, she values many different relationships she formed around sports, academics and international travel.

Gorodentsev cites her early involvement in the UVM Catholic Center as another important experience. “It was a great community for me, especially during freshman year when I was away from home for the first time.”

Her demanding academic and athletic schedule provides little free time to stay connected, but she remains close to many people in the Center and recently co-led a bible study group with track team members.

With a deep interest in international relations, she picked political science as her major and Russian as a minor—her father is from Moscow and her mother studied the language in college.

“I hadn’t learned to read or write in Russian, but I had some background in the language through my parents and I thought it would be a great compliment to my major,” she said.

Gorodentsev decided to study abroad for the fall semester of her junior year, taking Russian language studies in St. Petersburg through the Council on International Educational Exchange (CIEE). The program encouraged fluency in the language—she stayed with a host family and all of her classes were conducted in Russian.

She made the most of her visit, looking for other ways to connect with people in her new community. For starters, she discovered she could join a track team.

“The team was roughly on a Division III level, so they eventually got me in touch with a private coach who trained top high school athletes. He was pretty tough on me at first because I was so out of shape, but in the end I could tell he was proud of the progress I’d made.”

She also volunteered as an English tutor for a seven-year-old, an experience that brought her closer to another local family and helped improve her conversational Russian. Gorodentsev discovered she could pick up enough credits through CIEE and UVM to adopt a second major in Russian.

Gorodentsev found inventive ways to combine her two majors. A member of the Honors College, she’s completing her thesis on the Russian presence in the Arctic Circle, an oil-rich area undergoing drastic transformation due to climate change. Her paper describes the geopolitical struggle between Russia and NATO-aligned democracies in the region. She chose Professor of Russian Kevin McKenna as her thesis advisor.

“I’ve taken classes with him for four years—he’s one of those professors who really goes the extra mile for students.”

An early experience in McKenna’s classroom wasn’t so positive—he once gave her a failing grade on a paper.

“He sought me out to talk with him and invited me to rewrite it,” Gorodentsev recalls. “He was impressed enough to give me the class award at the end of the semester.”

She sees her thesis project as a culmination of her UVM experience, using primary sources in Russian to feed her research. A Summer Undergraduate Research Fellowships (SURF) grant from UVM helped fund her research last summer. She also enjoyed her experience working as a Russian and political science tutor in the UVM Tutoring Center, part of the University's Center for Academic Success.

"It was very rewarding since I saw the impact I had with the students I worked with over the course of the semester. It also helped me keep on top of my Russian and political science skills."

Gorodentsev track career also ended on a high note—in her senior season she established personal bests all four of her key events: the 60, 100 and 200-meter dashes and the long jump. She was selected as team captain for the 2018-19 season.

After graduation, Gorodentsev plans to move to Washington DC to work in the non-profit sector and prepare for a career in international relations.

“I’m finding that the type of research I’m doing is attractive to potential employers and graduate schools,” she said. 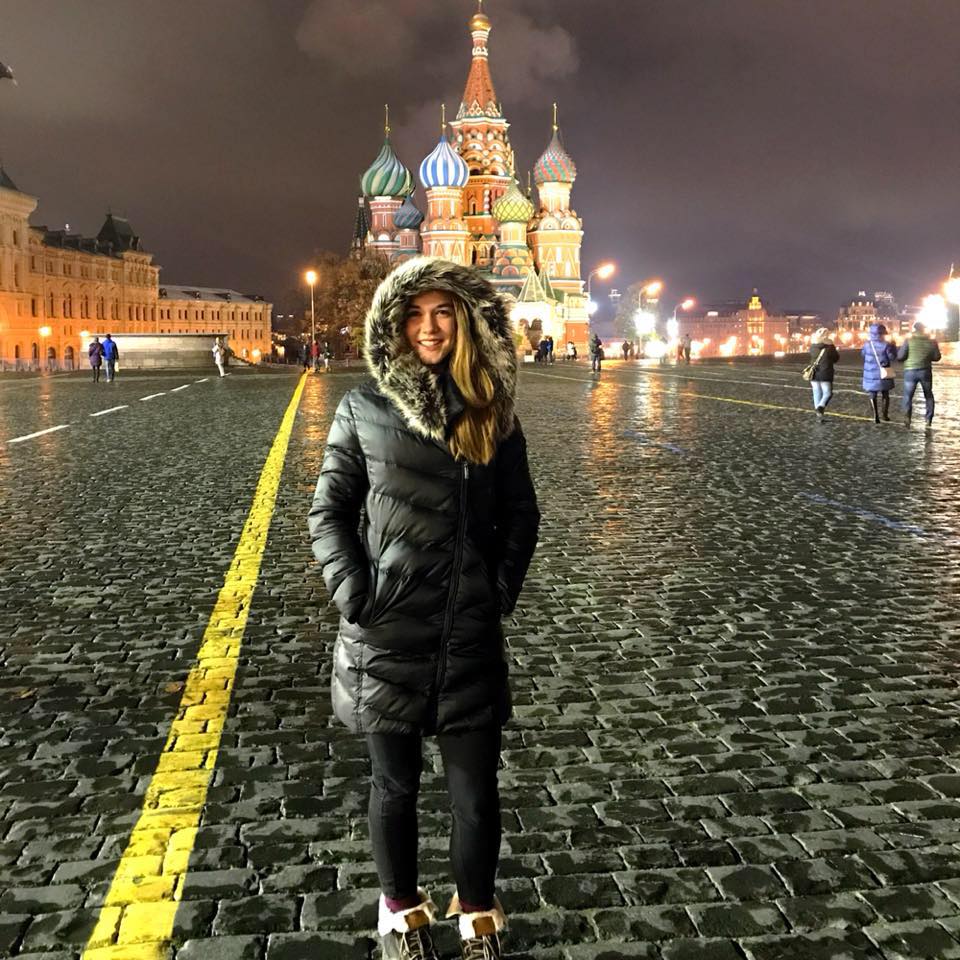