Since 2000 I have also been involved in a long-term project monitoring the biodiversity and ecological succession on a private land parcel in Lincoln, Vermont, a project managed by Vermont Family Forest, Bristol. This year (2011) small mammal monitoring is in its 7th year.

Together with the curator of mammals Dr. C. W . Kilpatrick we are currently inventorying and computerizing the mammal specimens and DNA tissue collection at UVM using File Maker and eventually the networked program SPECIFY. 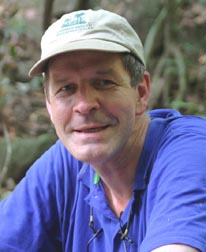