Jonah Steinberg is Associate Professor of Anthropology and Director of Global Studies at the University of Vermont. Dr. Steinberg earned his BA from Swarthmore College and his PhD from the University of Pennsylvania. His research is on the extreme “social edge”—on margins and how they are iterated spatially, and on the intimate and local experience of global forms of exclusion. He examines the ways macrosocial formations—from the movement of empires to the flow of global capital—translate into lived subjectivities, embodied precariousness, and the constraining of choice.

At the heart of his work is a concern with how political economy may be converted into legible forms of lived experience in intimate domains of home, affect, and emotion. He is the winner of two multi-year, single-investigator NSF grants, the first (2009-2013, $243,754) on child runaways in North India, and the second (2017-2020, $299,710) on race, space, and segregation in the context of Roma-refugee interactions in Europe. He is also the author of two single-authored books: his first, Isma’ili Modern: Globalization and Identity in a Muslim Community, was published by University of North Carolina Press in 2011 and won the biannual Citizenship Book Prize in 2013; his second, A Garland of Bones: Child Runaways and North India, is forthcoming from Yale University Press, with a 2018 release date.

Dr. Steinberg’s ethnographic expertise centers on South Asian landscapes of poverty, South Asian diasporas, including the Romani people, and European minorities more broadly. Dr. Steinberg has published a range of articles and won multiple smaller grants, totaling some $50,000, on related questions. He is also interested in the intersection of toxic waste, labor, identity, and social exclusion, and is developing a transdisciplinary project called WIRE (Waste and Inequality in the Recycling of Electronics). He has consulted for a wide variety of organizations, including The Mountain Institute, and has recently been invited by a major European museum to be the commissioning director for a three-museum global exhibition on Romani history and society. He is an avid ethnographer who is committed to the pursuit of social justice at all fieldsites. 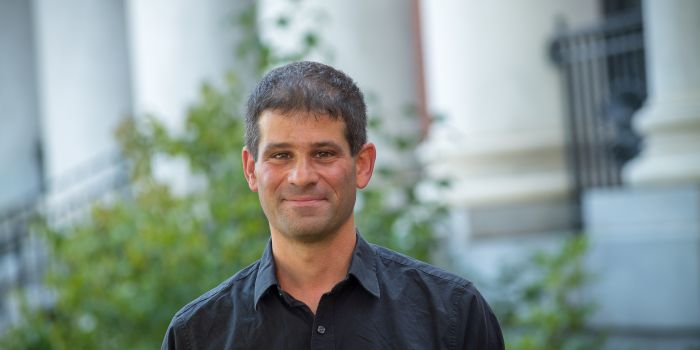