Our program fosters collaboration and mutual support. Cohorts of students, between four and eight per year, form lasting professional relationships and personal friendships, and they learn at least as much from each other as they do from their professors. Although students often work alone in remote places for their graduate research, they learn and socialize together during the academic year. 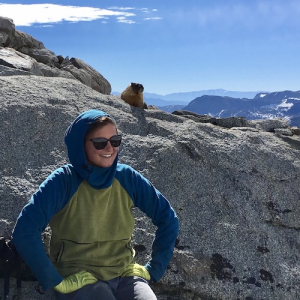 Charlotte grew up along the fertile river bottoms and rocky ridges of Vermont’s Upper Valley. Pursuing a growing passion for unraveling the mysteries of the natural world, she studied Environmental Science at Colorado College. Since graduation, she has sought out opportunities to encourage an environmental ethic that connects people to landscapes.

Charlotte is proudly distracted by all things (a)bioblitzing: birds, flowers, rocks, water/snow, and, more recently, bees. Observing and imagining the transformation of landscapes during timespans, from minutes to millennia, is a favorite activity. 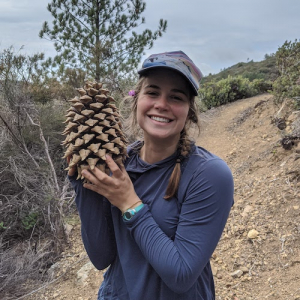 Erica has been wandering in the woods her entire life, first as a baby in a hiking backpack, then eventually carrying her own pack on personal backpacking trips, and finally as a backpacking guide herself across the United States. As a child, she could be found turning over rocks in her Atlanta backyard to look for roly-polies and toads. She collected sand-grain ruby fragments on the shores of the Upper Tallulah River in north Georgia and amassed a feather collection that filled her closet.

Erica studied forest canopy ecology, outdoor education, and visual art at Hampshire College. After college, she worked throughout the United States as an outdoor and environmental educator. Her work introduced her to unique biomes from the Rocky Mountains to the Pacific Northwest and the Desert Southwest. Erica is excited to be back in the Northeast, rediscovering the landscapes she studied as an undergrad, surrounded by deciduous forests.

After graduating with a degree in Biology from Oberlin College in 2013, Sonya moved to Washington state to work in the woods for the Washington Conservation Corps. She worked on wildland firefighting crews in Washington state for five years, and she was the only woman for four of those five years. Between summers fighting fires with the Forest Service and winters lighting fires with The Nature Conservancy, Sonya has driven across the country more times than she can remember. She decided to stay on the east coast when the pandemic hit and spent the second half of 2020 working on a variety of construction projects for an organic vegetable farm and sourdough bakery in southern Vermont. She hopes to become an effective leader in climate resiliency and natural disaster response.

Hayley is a naturalist, educator, and president of the Connecticut Botanical Society. Storytelling and community involvement are central to her environmental ethic: a teacher even outside of the classroom, she is equally at home leading a plant walk or testifying at a public meeting on behalf of CBS. Hayley has collaborated with the Native Plant Trust, the Appalachian Trail Conservancy, the Association to Preserve Cape Cod, and local land trusts on land stewardship, public engagement, and conservation research projects. Her botanical avatars are the red cedars that cling to southern New England’s traprock cliffs. 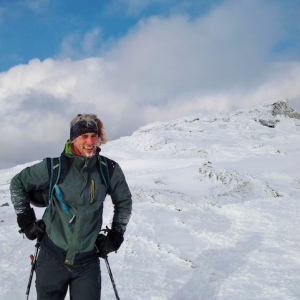 Dylan grew up shuffling his feet through highways of sting rays in the Gulf of Mexico and moved to upstate New York at the age of ten. He earned a B.S. in biology at Ithaca College in 2012 with a focus on animal behavior. Over the last decade, he worked as a research biologist, field crew leader, and environmental educator for the National Marine Life Center, Brookhaven National Laboratory, and universities across the country. Whether he is tracking snowshoe hare in the Poconos or monitoring the sage grouse populations of California, Dylan falls in love with every opportunity to use his passion as a naturalist to solve environmental problems. Most recently, he worked as a land steward for The Nature Conservancy and the Bureau of Land Management where he especially enjoyed the challenge of connecting science with conservation action. He likes to take his friends sailing, observe the Krumholtz by ski, and has a marked propensity for embracing the path of most resistance. 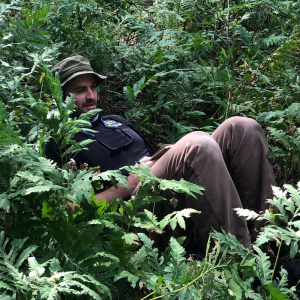 Chris studied literature at Cornell University and the sciences at Central Oregon Community College. He’s taught language in the US and abroad, as well as doing related consulting and freelance work. He’s also spent a number of seasons on construction, farm, trail, and fire crews. 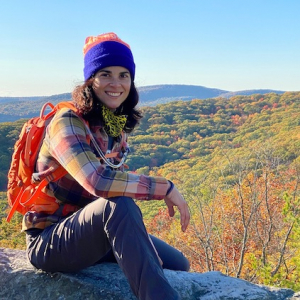 Laura earned a BA in Classical Archaeology and Early & Late Antiquities from the University of Mary Washington and an MA in Latin from the University of Georgia. She has worked as a Latin and English teacher for over a decade at a variety of institutions. While teaching, she decided to pursue her burgeoning passion for the sciences and environmental conservation. She became an apprentice wildlife rehabilitator, volunteering at City Wildlife and Owl Moon Raptor Center, and took night classes at the University of Maryland in biology, chemistry, and ecology until she joined the Field Naturalist Program.

Laura’s love story with the environment started with a slow burn, each natural encounter and connection fanning the flame. She began her affair poring over National Geographic as a child, entranced by the beauty of this world and a great admiration for the humans within it, especially those of the ancient realms. While her path initially led her to explore humanity, necromancing dead languages and the material remains of the past, inevitably and constantly she returned to the natural world. Antiquity was her gateway: excavated remains telling not just a geological story of stratigraphy and soil alkalinity, but also a story of ecology, humanity, and the environment; each moment recorded in the bones and belongings of the deceased, as well as in the soil which entombed them. Laura sees humanity and nature as inextricably linked. The way forward is a Gordian knot that can only be resolved by taking both intertwined. Her road branched to accommodate her meanderings, leading her to further explorations in the natural world, as a scientist, educator, and classicist.  Now as a member of the Field Naturalist Program, she’s found her way under a single beautiful canopy: a conservator of dead language and of the living world, curating wisdom from the past to cultivate paths for the future. 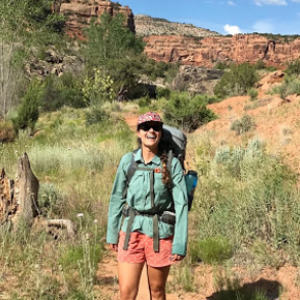 Sarah grew up in the East Bay Area of California. She earned a BS in Biopsychology from Tufts University in 2013, and since then she has worked in environmental education across a variety of biomes. Her employers have included the Pacific Science Center, the Aspen Center for Environmental Education, and the National Park Service. Her dearest wish is to find a hognose snake in the wild. 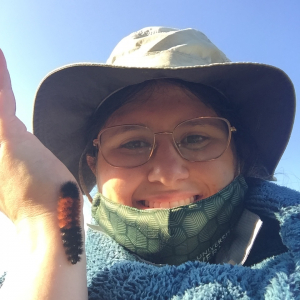 A self-proclaimed environmentalist from a young age, Rachael grew up south of San Francisco and lived there her whole life before moving across the country to Burlington. As an undergraduate at Stanford University, she studied Earth Systems with a focus in ecology. She has worked as a propagation assistant at a California native plant nursery, a blogger and fact-checker for the Sierra Club's print magazine, a hands-on science educator for Science Is Elementary, and a trail guide at the Aspen Center for Environmental Science. Most recently, she has worked as a tutor and after-school teacher of English and Biology. She now joins the AK cohort in pursuit of her passion for environmental education. She is especially interested in connecting with the public on a personal level about caring for the natural world, and in breaking down complex science concepts to make them easier for nonspecialists to understand.

When Rachael was a child, her curiosity and compassion towards even the humblest animal life often puzzled her family. They must have thought she was hurt when, late for Sunday school, she was found on her hands and knees on the wet sidewalk. But no, the recent rain had driven resident earthworms onto the concrete, and she was picking up each worm and depositing it on moist earth before it could be crushed by passing feet. The wrigglers coated her hands in slime, the dirty pavement ruined her good clothes, and her instructor was unhappy with her tardiness, but it never occurred to her that she could have acted any differently.

As she grew, her fascination and empathy with animals transformed into an encompassing love for the planet's biodiversity. From moth to milkweed and from robin to redwood, the natural world calls to her, larger and older than humanity yet so little valued, as resilient as mountains yet as fragile as the soft squirming creatures she helped as a child. Pausing to appreciate all life was her first step towards knowing nature by her first name: towards seeing the natural world, once just a background of green, in as much detail and joyful familiarity as the face of home. 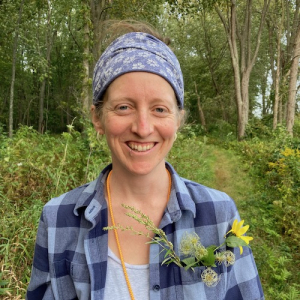 Jaime holds a BA in Studio Art with a focus in sculpture from the University of New Hampshire. During her time at UNH, she spent a semester in Auroville, India, studying the effects of globalization at the individual, community, and global level. After college, Jaime worked as a hutmaster and naturalist for the Appalachian Mountain Club, where she monitored boreal and alpine plant phenology and presented public programs about mountain ecology. She became a plant conservation volunteer for the Native Plant Trust in 2019 and spent the summer and fall monitoring rare plant populations in northern New Hampshire. In spring of 2020, she continued her work for the organization as a native plant horticulture intern at Garden in the Woods botanical sanctuary in Framingham, Massachusetts.

Jaime has spent much of her life connecting with the land — through farming, making plant medicine, and traversing the backcountry. She is thrilled to be taking a deeper dive into the ecology of northern New England. Her goal upon graduation is to continue her field research and collaborative work with northern, rural communities.

Find out what our graduates are doing now!