Catherine retired as of May 2021 having been a faculty member at UVM since 1983.

Dr. Catherine Donnelly is an internationally recognized expert on the bacterial pathogen Listeria monocytogenes. She joined the faculty in 1983 when a large outbreak of illness caused by a relatively unknown bacterium, Listeria monocytogenes, occurred in Boston, Massachusetts. Donnelly’s laboratory began research on this dangerous foodborne pathogen. She developed procedures for detection of Listeria in food, and worked collaboratively with the FDA in refuting theories that Listeria could survive pasteurization. She has lectured extensively on the topic of Listeria around the globe.

Donnelly served as a member of the National Advisory Committee on Microbiological Criteria for Foods from January 1999 to 2005 and was a member of the Science Advisory Board to FDA’s National Center for Toxicological Research. Donnelly developed an interest in artisan cheese and controlling the threat of Listeria contamination in artisan cheese. In 2004, she and her colleague Paul Kindstedt became co-directors of the Vermont Institute for Artisan Cheese (VIAC) at UVM. Through VIAC, Donnelly was able to collaborate with cheese scientists from around the globe on issues concerning cheese safety.

Her book Cheese and Microbes, published by the American Society for Microbiology, provided insight into the microbiological complexities of cheese as a living food. She served as Editor in Chief of the Oxford Companion to Cheese, and was the recipient of a James Beard Award in honor of her work on this landmark publication. Donnelly received the Maurice Weber Laboratorian Award from the International Association of Food Protection in 2006 in recognition of her outstanding laboratory contributions, and in 2011, was named a Fellow of the Institute of Food Technologists. She served as the Associate Director of the Vermont Agricultural Experiment Station from 1988-1998. 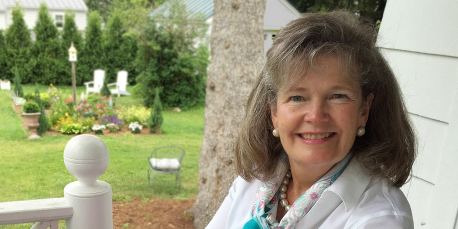