Jorge Ruiz-Arocho is originally from Puerto Rico, where he completed his bachelor's degree in General Biology in 2017 at the University of Puerto Rico - Mayaguez Campus. As a PhD student under the mentorship of Dr. Yolanda Chen, Jorge is examining how the cultivation of domesticated crops has influence higher trophic levels. Specifically, his dissertation research focuses on studying the arthropod species that coevolved with crop wild relatives prior to agriculture and whether service-provider organisms (i.e., pollinators and natural enemies) have been lost in the transition into agroecosystems. By increasing the understanding on how the emergence of agriculture shapes arthropods’ capacity to exploit agroecosystems, Jorge is aiming to provide small-holder farmers in North America with novel eco-evolutionary knowledge to improve pest control and conduct sustainable agriculture.

Currently, Jorge is conducting his research in Mexico, the region of origin of many crop species that are the base of our modern food system (like corn, beans, and squashes) and its insect pests. For his dissertation, he has established collaborations with multiple Mexican agencies such as the National Autonomous University of Mexico (UNAM), the National Commission for the Knowledge and Use of Biodiversity (CONABIO), the College of the Southern Border (ECOSUR), the University of Guadalajara (UDG), and the Oaxaca's Ethnobotanical Garden. As well as with dozens of mestizo and indigenous farmer communities from all over the country. Their collaborative long-term goal is to create a healthier and more sustainable environment, by reducing farmer’s dependence on agrochemicals, and increasing their resilience by utilizing the native biodiversity still sustain by crop wild ancestors for pest control.

After finishing his dissertation, Jorge is planning to pursue an academic and research career. He envisions himself teaching entomology courses, and researching how insect biodiversity is influenced by natural and anthropogenic processes. Moreover, he sees himself working towards increasing Latinos representation in academic positions; while decolonizing ecology and reinforcing the importance of underrepresented groups in the advancement of scientific knowledge and the conservation of the environment. In his spare time, Jorge likes to digitally create scientific illustrations, hike, and read about politics and philosophy. 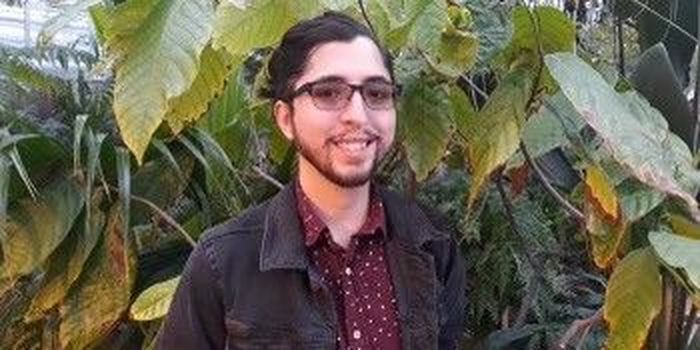