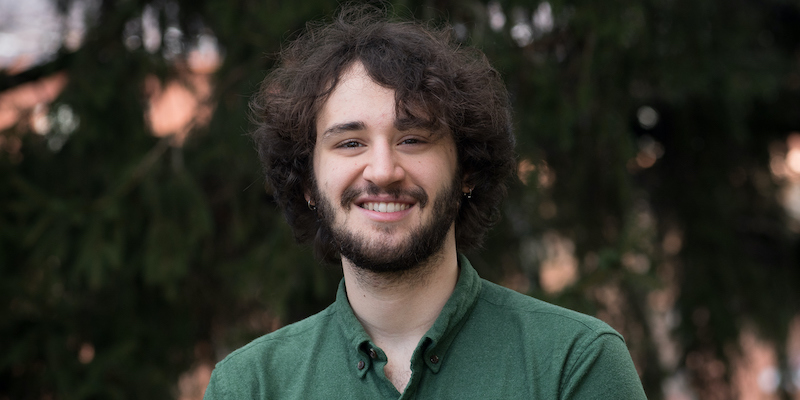 “I have always been amazed at the power of community and collective action for collective liberation,” CDAE graduate Nate Lantieri explained. Lantieri graduated from UVM with a BS in Community and International Development in 2019. “So much of what we see and so much of the ills of our society is a result of this idea of individualism and trying to get yours, and not thinking about the folks who can’t because of that. I have been trying to push back against that common narrative of our world. I don’t think I would have such a clear picture of if it weren’t for CDAE, that we aren’t just individuals.”

“I developed a deep love of humanity and a desire to use the drive and skills that I have to do work to make people’s lives that much better,” Nate said. “Even a marginal unit was worth it to me.”

Reflecting on these values, he decided to run for Burlington’s City Council last winter. After spending a year in the Church Street Marketplace Department, and drawing from his training in CDAE, Nate felt confident about making a change in Burlington politics. However, he knew that it would be a struggle to rally his neighbors to his side as he ran against an incumbent lawyer on city council who had deep ties to the neighborhood.

As a candidate, Nate wanted to make Burlington politics more participatory, where change can happen from the bottom-up. “Some of the draw of Burlington is that it’s a very progressive place,” he explained. “But when you look deeper into it, the reality isn’t always aligned with that image.”

Some of the issues that Nate wanted to advance included developing meaningful public participation and grassroots leadership, where decisions could be made by the people, not by one central authority. He supported establishing a livable minimum wage in Burlington, and economic development that put communities first. Nate knew from his time at CDAE how powerful collective action could be, and he wanted to create as many opportunities as possible for that to flourish.

Unfortunately, Nate did not win the city council position, but did receiver 47% of the vote, going far beyond many people’s expectations for a young new candidate running against an established incumbent.

“Even though I did bring some good things to the table, I do believe it was the strength of the message in which I and the folks I was working with had, where I wanted to realign the values of the community,” Nate said. “I hope that some of the groundwork that we were able to build from that – which was an amazing experience of things that you can’t do anymore because of COVID-19 – will be used by others to create positive change.”

When the pandemic began, Nate was in a tight spot. After quitting his job to run for City Council, he was left unemployed.

Fortunately, Nate was able to find the People’s Kitchen, an organization that takes donations anywhere from grocery stores to farmers themselves and redistributes their products to those who are most in need.

“In these unprecedented times everyone is needy, and everyone is down,” Nate explained. “This creates a good time to help fight the stigma of helping those that need it. Even myself, because the volunteering I was doing was helping to feed me through my tough times.”

Carrying on his work for social justice, Nate now works at the Champlain Valley Office of Economic Opportunity where he distributes federal CAREs act funding in a statewide housing voucher program for Vermonters experiencing homelessness.

Nate’s education provided a powerful guide throughout his run for office and as a community activist. “Everything that I have done in my professional, political, and community career has been a direct result of my time in CDAE,” he said. “CDAE trains you to be a better citizen, neighbor, and person in your community.” 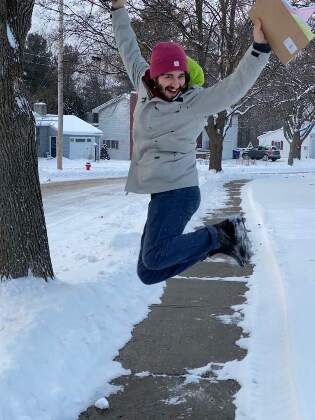